We have a Contractor Dilemma winner!

In our latest Dilemma, young apprentice Robbie Kidd has informed his boss Doug Fisher that he is dating Marit, the 18-year old daughter of Fisher’s wealthy clients the Soderstroms. An introduction to the parents and an announcement of the relationship is forthcoming over the next few days. Should Fisher take any action as the employer?

Most respondents felt that, as two adults, the apprentice and the daughter should be left to make their own personal decisions without interference from Fisher.

“I believe the best recipe to avoid disaster is to not get involved in your employees personal affairs in any way.” DB

“A personal relationship is developing (not a business one). It has nothing to do with Doug, unless it’s negatively affecting Robbie’s work performance…and there’s no indication that it is.” HP

Many commended the apprentice for coming forward to Doug openly and honestly.

“The fact that Robbie came to Doug first to let him know what’s happening says a lot. Robbie obviously has a good relationship with Doug as he’s sharing personal information with him. He doesn’t have to do this! It appears that Robbie cares about Doug’s reputation/business and doesn’t want his relationship with Marit to possibly negatively impact it. Now that’s mature and selfless thinking!”  TH

“Doug should thank his employee for being proactive enough to tell him before the parents find out about it.”  KF

It wasn’t unanimous, however. Various options were proposed.

“Doug should offer to move Robbie to a different project if the clients prefer this.”  GK

“In a meeting with the Soderstroms, Marit and Robbie, Doug Fisher should offer to recuse himself and crew, or Robbie, from the project.”  DW

The mix between the personal the professional is obviously a delicate matter.
Our panel was impressed with the thought that went into the proposals received. The winning proposal was submitted by Don Tolsma, Construction Manager for Lincolnberg Master Builders in Edmonton, AB.

“You have a personal stake in your business and in the people who fuel that business… and people fall in love!” wrote Don. “Surely Marit knows her parents well enough… if she thinks they’ll approve of Robbie, she’s probably right. By letting them meet the parents, you not only show respect for Robbie, but you facilitate a solid, honest relationship between daughter and parents.  The Soderstroms will certainly respect you more for including them in the loop right from the get go. In addition to your blessing, give them an honest warning, too… especially your employee, Robbie.  Establish some break-up procedures for him should the relationship go south. Forbidding them to see each other until the project is over will only backfire and cause more drama.” 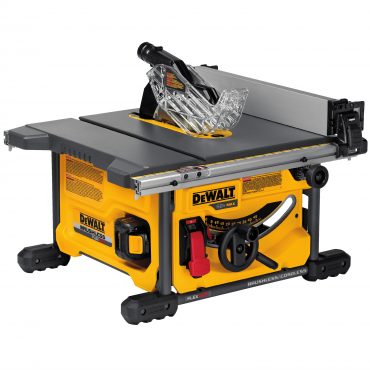 Thank you to the dozens of contractors and tradespeople who responded to this Dilemma.
A new Contractor Dilemma will be posted soon.