We have a winner!

Mitch found himself in a complex dilemma, with only one prudent way out.

Our most recent contractor dilemma found Mitch and his carpentry crew replacing the originally-hired crew on a large home renovation. However, the job is without any building permits because the wealthy young homeowner, acting as his own GC, feels permits are an annoying bureaucratic obstacle. What should Mitch do?

We received a large number of excellent responses and eventually turned to some legal experts to help unravel this situation. Thank you for the excellent suggestions!

Although most entries agreed that the risks were too high for Mitch to continue, there was more to the situation than first met the eye. 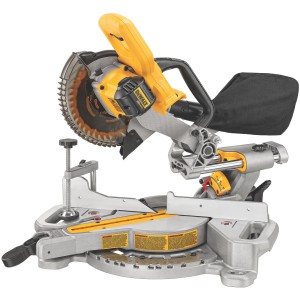 A DEWALT cordless mitre saw is headed to Jim Walowski of Coldstream B.C.

Analysis
Hindsight is 20/20. Mitch should have seen red flags when he joined a job already in progress, replacing the previous carpentry crew that had been ‘let go’ by the homeowner. What was the real problem? Secondly, Mitch should have ensured all necessary permits were in place before committing his team to the job.

The multiple risks
Now he’s facing the current dilemma, however, Mitch must recognise that should anything befall that house, either while under renovation or after occupancy, he will be drawn into any resultant dispute. As one of several trades teams involved, the potential liability exposure when the gloves come off and the lawyers go in is real. Everyone can be named in a civil lawsuit, whether directly involved with the problem or not. This could cost Mitch money and reputation.

Mitch must withdraw from the job site and state his reasons in writing. There may be lost revenue in the near term for Mitch and his crew, but this is his most prudent choice.

Other ways out?
Mitch could try to explain these risks to the homeowner and the benefits of obtaining permits. Given that proper architectural drawings exist, this should not be difficult. However, if the homeowner is still determined to continue on his current path, Mitch could ask for a signed airtight indemnification for him and his team. However, the homeowner’s temperament appears to make that unlikely; if he won’t get permits, why would he sign an indemnification? However, even indemnification wouldn’t exclude Mitch from being named in a civil suit.

Look for our next ‘What would you do?’ Dilemma’ in mid-January!

Related
We have a winner!
WINNER of our March/April ‘What Would You Do’ contest!
We have a winner in our latest contractor dilemma contest!
CONTEST WINNER! How should Wes handle a grumbling, long-time employee?

2 Comments » for We have a winner!