“We are not planning to take our foot off the pedal!”

Did they squirm? A Canadian construction group making a passionate appeal against its own government to a U.S Trade Review panel in Washington D.C. was likely the last thing Ottawa wanted to see. However, Dan Ujczo, the Columbus, OH trade lawyer hired to represent the Western Canadian Drywall Alliance, took the group’s concerns to the U.S. capital two weeks ago in an attempt to draw attention to what they see as unfair treatment at the hands of the Canadian government. Punitive tariffs on U.S. imports of drywall into Western Canada last fall and this winter cost contractors thousands of dollars in lost profits, and have resulted in material costs that continue to be the highest in the country. “We didn’t want to be there [in Washington], but the Canadian government put us in that position,” Ujczo told Canadian Contractor. 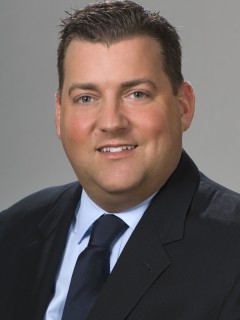 Dan Ujczo, the U.S. trade lawyer hired by the Western Canadian Drywall Alliance, speaks passionately about the Canadian government’s failure to comply with the CITT recommendations

“We had many more questions. It was extraordinary.”
The Alliance certainly got the attention they sought. The hearings in Washington, part of the NAFTA modernization deliberations, took in hundreds of verbal presentations and over 12,000 written submissions from a number of interested groups. Ujczo noted that the panels would, as a matter of process, have three or four prepared questions for each presenter. In the case of his presentation, however, it was noticeably different. “We had many more questions,” he said. “It was extraordinary. There was heavier questioning than what we saw with other panels, which we interpret as a high level of interest. We were also asked to provide follow-up information in terms of how the duties were calculated and how long they will continue.”

Canadian government hypocrisy exposed
“What was not fully appreciated by the panel in advance was how this issue could potentially impact the softwood lumber discussions and NAFTA modernization,” explained Ujczo.  “The important questions were, ‘What is the impact throughout the building supply chain?’  ‘Are we seeing premiums being put on not only drywall but on other building goods?’ ‘What impact will this have on the cross border supply chain and the potentially negative affect it could have on the NAFTA modernization efforts?’ It plays into the hypocrisy of the Canadian government’s position on softwood lumber.”

Ujczo feels that the U.S. Trade Review was likely left wondering why the Canadian government has done so little to address the concerns of the drywall industry in terms of encouraging a truly free market in Western Canada. Anti-dumping measures aside, the Alliance of drywall installers were seeking a brief tariff holiday, as recommended by the Canadian International Trade Tribunal, to allow contractors on fixed contracts to recoup losses from the winter’s punitive duties, and measures put in place to counter predatory pricing on other related building materials from this point forward. None of that has been forthcoming. 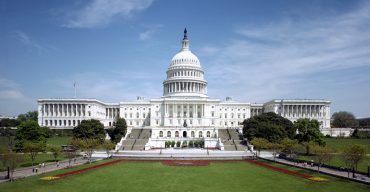 Pushing U.S. suppliers out of the market catches Americans’ attention
Something that also caught the attention of the Washington panel was the issue of alternate drywall supply from countries such as Mexico. “The U.S. Trade representatives, the U.S. Department of Commerce, U.S. State Department, and the U.S Treasury; they were all there,” says Ujczo.  “U.S. exporters have been essentially penalized and in some cases pushed right out of the Canadian market, and that is key to U.S. interests. There was a lot of head nodding throughout our testimony. They were clearly focused on what we had to say. ”

How much can be absorbed before workers are laid off?
In the two weeks since presenting to the U.S Trade Review panel, Ujczo has heard nothing back from the Canadian government side. That won’t stop the alliance’s efforts, however. “The next step for us is to bring this forward throughout the NAFTA process and other panels,” he said.  “We are not planning to take our foot off the pedal on this at all. This issue is continuing to snowball as we move through the building season. We just got notice that prices are going up for drywall in Western Canada by another six per cent. This will ultimately will have to be passed on to the consumer, but how much can that be absorbed before we start laying off workers?”