The announcement in late February of reduced tariffs on U.S. drywall imported into Western Canada came with all the fanfare Finance Canada could muster. It was a ‘good news’ moment for the governing Liberal party in an area of the country where they need all the support they can get, complete with a press conference featuring the Finance Minister in Fort McMurray, AB, a city rebuilding after the fires of 2016.

A promise of tariff relief
Prices for drywall products entering the Western Canadian market soared in the fall of 2016 after the Canadian Border Services Agency (CBSA) slammed tariffs on U.S. imports as high as 275%. This action was in response to a ‘dumping’ complaint filed by Western Canada’s only drywall manufacturer CertainTeed Gypsum Canada.

However after months of deliberations and a ruling from the Canadian International Trade Tribunal (CITT) that the imposition of these tariffs was heavy-handed and extreme, Finance Canada announced a new approach to determining drywall tariffs for Western Canada that would mean reductions effective February 24, 2017.

The Government has established new minimum import prices (“reference values”) applicable to drywall imported from the U.S. for use or consumption in Western Canada that are 32.17 per cent lower than the normal values originally established in the anti-dumping investigation. This duty reduction is intended to maintain competitive conditions in the Western Canadian drywall market and mitigate the potential for supply shortages in Western Canada, while also ensuring a reasonable return on sales for domestic producers.”  (Finance Canada release)

Where are the price reductions?

“Normal values”, cited above in the Finance Canada release, are based on the historic price of drywall products sold into Canada prior to the recent ‘dumping’ behavior of exporters. Finance Canada representatives told Canadian Contractor  in late February that future anti-dumping tariffs could be avoided by importing goods priced at or above those ‘normal values’.

Drywall prices rose across the country throughout the fall of 2016, drop briefly after Finance Canada’s announcement in Feb 2017, but have since returned to high levels.

Canadian Contractor has been tracking the retail prices of drywall across the country since early September. Our methodology has been straight-forward and consistent. Using a standard 8×4 sheet of ½” drywall from a leading U.S. manufacturer as our reference, we’ve surveyed representative big-box stores in Western Canada, Ontario and the Maritimes. Why big-box stores? First, the identical product was sold in all outlets. Second, many residential contractors, not just DIY’ers,  purchase their drywall from such resellers. 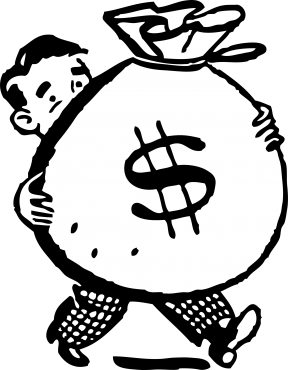 Who’s walking off with the promised tariff reductions?

It’s been six weeks since the Finance Canada announcement. Has the reduction in tariffs resulted in lower prices in Western Canadian stores? Not according to our research. Despite Finance Canada’s suggestion that tariffs would be reduced by 32.17 per cent, prices in all parts of Canada are higher today than they were prior to September 2016.

Yes, there was a drop immediately after the February 27 announcement, however as our graph shows, this was very short lived. Prices in Western Canada shot back up again the next week and have stayed at levels well above the rest of the country.

While Western Canadian prices remain high, Ontario prices have also increased from their pre-high tariff levels of between $7 and $8 per sheet to the current level of just below $9. Only in the Maritimes have prices returned to near-September levels around $11.

A ‘new normal’ for extreme prices?
What can explain this? After all, Canadian-U.S. dollar exchange changes have been insignificant. Have U.S. exporters continued to sell U.S. made products into Western Canada at ‘dumping’ level prices, thereby triggering countervailing tariffs set out in the new Finance Canada calculation formula? Or have re-sellers decided the Canadian market has adjusted to the extreme pricing levels of last fall, and have chosen to retain the 32.17 per cent tariffs savings as increased profit margins? Perhaps it’s the ‘new normal’.

Whatever the reason, the significant price disparity in drywall prices between the West and the rest of Canada should be a matter of concern for the home building and renovation industry. While Finance Canada has promised a review of the drywall export pricing/tariff issue in February 2018 as part of the CITT recommendation, there is nothing within the department’s mandate that forces re-sellers to pass on any tariff savings. That pressure comes only from their customers.

Are you an end user of drywall?
Please us your experience with pricing from your supplier or wholesaler.

Please respond either in our comment section below,
or in a confidential email to
jbleasby@canadiancontractor.ca