Three might be a crowd to some, but for the owners of Otis Interiors, it’s the perfect number for creating the ultimate renovation experience.

The young company started up in Guelph, Ont., in March 2019, and was created through the collaborative efforts of the husband and wife team of Marc Esposito and Jasmine Koblik, and their friend and colleague, Joe Newcombe. All three owners possess complementary skill sets that allow them to create a one-stop-shop for homeowners.

Esposito, 35, started his first career in public relations and worked in the corporate world until he was 25 when he decided to change directions and get into the trades. He always found the trades interesting growing up, watching his father do work around the house – finishing basements, building decks – but never thought of it as a career choice.

“The word ‘trade’ was a dirty word growing up in high school,” he says. “Every decision in high school was university-related. I always thought it was a pastime or a hobby.”

But after graduating from university and working a few years, he found himself growing restless.

“I didn’t enjoy going to and sitting in an office every day,” he says.

A good friend of his parents owned his own renovation company. So, he went back to school and started an apprenticeship with a plumber and changed course.

For Jasmine Koblik, the renovation business was also a second career. Koblik started her first career in the corporate world in marketing and event management. At first, she enjoyed the creative aspects of her role. But after changing course and getting into the education sector, she found the structure fairly rigid and longed for a career that allowed her to be immersed in a creative role again. So, she went back to school four years ago and got into the design and decoration aspects of renovations.

“I knew I wanted a change and I wanted to get into something creative again,” she says.

While going through school, Koblik began taking on a few clients here and there.

“Towards the end of my program I got really serious about it and really wanted to make the transition into doing this further,” she says. “While I was going through all that, Marc, Joe and I had been talking that maybe we should do this together at some point and we should give it a good go because there’s an opportunity here. It just further evolved from there on.” 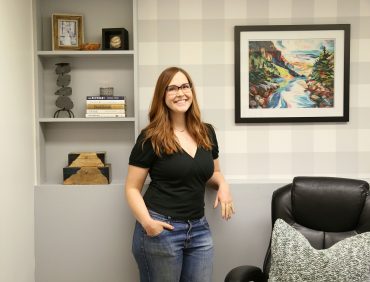 The creative aspect drew Jasmine Koblik into renovations, which is her second career path.

Joe Newcombe, 27, has been involved in renovations his entire career. He went to college for a two-year program in renovation

construction then jumped into the industry working for a renovation contractor that did work on an HGTV show.

“It was helpful to see that side of the industry,” he says.

Newcombe worked there until leaving to join Fusion Homes, a homebuilder in Guelph, which is where he met Esposito.

“Marc and I linked up and performed pretty well there,” he recalls.

Esposito eventually left that company to go to work for another builder in the Guelph area. One year later, the duo found themselves working together again.

“That place didn’t work out and we thought, why not try our own thing,” Newcombe says. “Let’s see what we can do to fill in the voids our [old] company had.”

Otis Interior’s focus is higher-end renovations, giving clients top-notch service from the design phase to the selection of materials to the completion of construction.

“We’re really trying to make sure we use our strengths to our advantages,

because we come from all different places with our backgrounds,” Koblik says.

Esposito feels one-stop shops for the higher-end renovation market is currently underserved and that his team are in a position to offer the kind of solid customer service that homeowners desire.

“We focus exclusively on residential renovations,” Esposito says. “We feel our value-add is that we have design and build in-house.”

By incorporating all aspects of renovations under one house, the team at Otis Interiors believes this will help better manage the expectations of homeowners. Too often, Esposito says, the necessary considerations aren’t given to a client’s budget when the design is completed by one company and then a separate contractor is later brought in to do the work. This sometimes results in the renovation contractor having to be the bearer of the bad news that the allocated budget doesn’t cover the full cost of the renovations.

“The entire focus is predicated on getting that design done,” Esposito says. 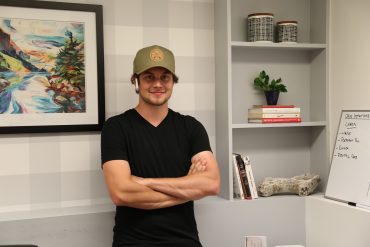 The design side of the business, overseen by Koblik, is treated as its own separate entity during the design and build process. In addition to her certificate in design, Koblik has her aging-in-place designation for older clients looking to modify their homes.

She says that by putting money into the designs upfront with the renovation contracting firm, the company can really nail down what the client is looking for and create more accurate quotes for the construction phase.

“We’ve gotten a lot of good feedback on this,” Koblik says.

It also gives the company an opportunity to address any issues they think might come up during the construction phase.

“When Jasmine goes through her revisions with clients, she presents issues or potential issues. She endeavours to meet their needs realistically,” Esposito says, adding that it’s important to explain to homeowners that sometimes they need to invest in “ugly money” before investing in “pretty money.”

Although the company is a one-stop-shop for build and design, homeowners do have the option of paying for the design stage and taking their drawings elsewhere, even if that may not be the most efficient option.

“Ideally, our goal is to filter people seamlessly into the construction from the design with us. Then we’re not competing exclusively on price,” Esposito says. “With the level of quality on renovations we seek to do, we’ll never win a bid exclusively on price.”

Esposito says he’s gotten calls from realtors looking for them to do renovations on homes they’re selling, but he’s not interested in that kind of work.

“We get calls often from realtors, but we’re not the right option for people selling their homes. We typically sell ourselves out of that market,” he says. “I’m not casting judgement. It’s just not our business model.” 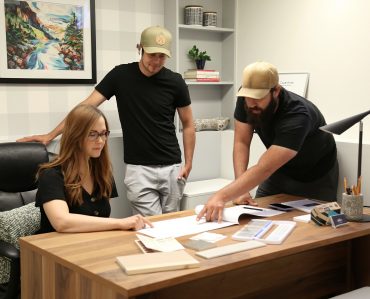 Otis Interiors has focussed on promoting the design aspects of the business during the pandemic.

With the pandemic arriving in Canada about a year after Otis Interiors started up, there have certainly been some unexpected challenges that the company has had to deal with.

“We lost our April and May work,” Esposito says. “We went barren from fully booked.”

To help counter the restrictions from entering clients’ homes, the company focused on promoting the design aspects of the business.

“We really pushed design services,” Esposito says. “We were pretty active on social media, letting people know we were somewhat operational on the design capacity.”

The company also took advantage of several government programs to help combat the loss in revenue; and hired a marketing firm to set up digital properties for them, like a new website.

“We’ll see what the rest of the summer and the fall holds. We have more outdoor exterior work than we typically would. We got some cool gazebo and deck structures,” Esposito says, adding that the company is also focusing on how to get into people’s homes with a safety protocol that makes all parties feel comfortable. “I don’t think we’re out of the woods yet.”

Adding to the challenge of operating in a pandemic is that assistance looking after young children is either limited or not optional at all for people right now in southern Ontario.

“The biggest challenge is the inevitable trying to juggle all the balls in one basket,” Koblik says, referring to the meshing of their personal and work lives.

The couple has a young son at home full-time with them. Koblik says the key to getting through the pandemic is to remember to be patient when feeling overwhelmed and appreciate the extra time with family.

“Having a husband-wife tandem with two-thirds of ownership has been quite beneficial,” Esposito says. “We’re able to chat about work when we’re feeding him or changing diapers… it’s worked out really well.”

One potential benefit from the pandemic is that some homeowners are more interested in doing work on their homes over the summer since their ability to travel is limited.

“People still have renovations on the brain,” Koblik says, adding that some of their existing clients are actually looking to do more than originally planned. “Because they’ve been in their houses with nowhere to go, they’ve actually banked a little bit more money to pump into these renovations. The ones who are still working have been saving more, so they can do a little bit more with what they have.” 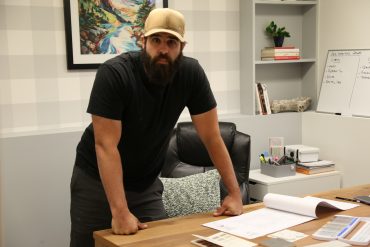 Within the next few years, Marc Esposito wishes Otis Interiors to be seen as a premier option for mid- to high-end renovations.

As Otis Interiors grows, Esposito would like to see the company be looked upon as a high-end option for the Kitchener-Waterloo-Cambridge market.

“We would like to be seen as a premier option for mid- to high-end renovations within three to five years,” he says.

Newcombe would like to see them get more into a customer-driven niche market as they grow.

“We reflect on the customers we have, and the ones we get, and talk to them about what they think is really important,” he says. “Maybe it’s high-end kitchens, or maybe it’s utilizing the basements for in-law suites… I kind of think the market will guide us along.”

Newcombe says it’s also important to keep a focus on what they enjoy doing the most. “You do this to enjoy your day and your career choice, but that’s guided by the community with what they want provided for them.”

Related
I've worked for neurosurgeons who didn't know how to turn off the stop under their sink to stop a leak
Tartan Interiors, Halifax, honored for drywall excellence on the world stage
Community group fails to stop North Saanich, BC renovation
New app launched for Hong Kong renovation market
Tags