For more than 70 years, Tidman Construction, now a third-generation family business, has been building custom homes on Vancouver Island. The story of its journey starts from Halifax, where Roy Tidman started building custom homes in the early 1940s. In 1946, Roy built a sailboat and set sail with his family to their new home in Victoria, B.C. Within a couple of years, in 1948, Roy established Tidman Construction, continuing his legacy of custom home building. When Roy’s sons Ron and John took over the reins in the 1980s after he retired, the company’s reputation of building quality homes and forging long-lasting relationships had been firmly established. 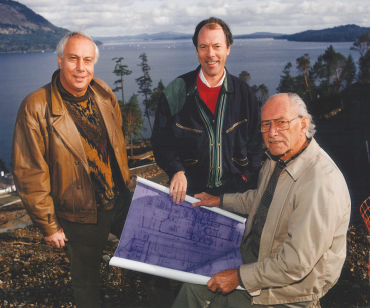 The first two generations at the helm of Tidman Construction – Ron Tidman, John Tidman and Roy Tidman in 1992.

Today, the responsibility for carrying the legacy of Tidman Construction forward rests on the shoulders of John’s son Andrew Tidman. Although the succession was never planned, Andrew’s roots in the building industry were quite firm. Having grown up watching his father design homes for clients, he wanted to be an architect. In his early 20s, Andrew even worked for an architectural firm in Victoria for five years.

“I originally wanted to be an architect when I was younger and that is what I had set out to do. But through a series of family events, I became a part of Tidman Construction,” he says.

During a particularly busy construction period for the company, John asked his son if he could come in and help out part time. Fast forward to today, and Andrew Tidman couldn’t be happier and grateful for how the chain of events put him on this path.

In his early years at Tidman Construction, Andrew started off with home design work. Having worked in an architectural firm, he had a background in that. He also worked quite a lot in customer service. At that time the company was tasked with building a retirement community in Mill Bay called Arbutus Ridge. Tidman Construction went on to become the exclusive builder of all the homes and the village centre there.

“My role was to do some home design work for that project and also act as a customer service representative,” notes Andrew.

It was a natural progression from there.

“I remained in that role of customer service representative for around 10 years. And then, I ended up becoming the project manager of the entire retirement community project. Of course, I had foremen and superintendents under me. The reason for taking charge was that my father John Tidman was starting to phase himself into retirement slowly. So, I assumed more responsibilities and more roles.” About seven or eight years ago, Andrew’s father and uncle moved toward retirement. “There was never anything discussed or said formally,” he remembers. “I just assumed the responsibilities. Everything happened organically. One thing led to another. There was never any big master plan.” 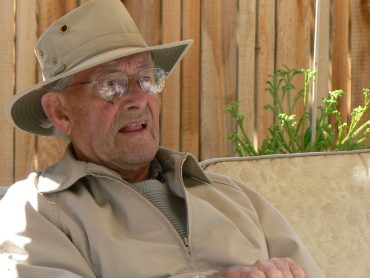 Back to the beginning

Andrew’s grandfather had started out building custom homes for single-family living. During his time in the company, that is what Tidman Construction did. In the late ‘70s, early ‘80s, when John and Ron took over the company, they started to take on larger projects – some commercial and industrial work, as well as multi-family condominium-type developments.

However, Andrew’s interest has always been in working with custom home clients and creating higher-end custom homes.

“I have sort of steered it back to the roots of what my grandfather started, and just really created our specialty in focusing on exceptional quality, high-end custom homes,” he says.

Whether it is building custom homes or doing home renovations, Tidman Construction is often called upon before the homeowner has any kind of vision.

“We are contacted to help them create a vision. I spend a lot of time with renovation clients and custom home clients helping them with the design, choosing materials and discussing finishes,” says Andrew.

Once the clients have decided to select Tidman, they go through the entire journey together.

“I like things to be unique. I also do not believe in a cookie-cutter type of design. I don’t feel we have any one particular kind of style of construction or design. I certainly feed off of what our client’s tastes are and then guide them in that direction,” says Andrew. 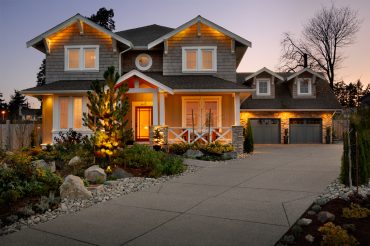 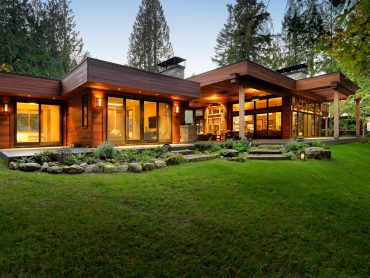 Tidman Construction has been on the path of success since its very beginning. Focussing on what they do best has definitely helped, believes Andrew.

“What has worked well for us I think is just focusing on what we do well and not trying to venture into things that are outside of what our specialty is.

The other ingredient to the company’s success is the relationships it has built with its clients.

“I feel that the personal time that we spend with our clients makes us unique. I’ve had numerous clients that have conveyed to me how they found that to be such a difference. If they had ever been involved in a building experience elsewhere, they noted the difference in the personal time spent with them and our attention to detail,” says Andrew.

This is a big reason for Andrew not wanting to expand the company too much. Growing too big would take that away.

“We have deliberately stayed a certain size so that I can primarily be spending personal time with clients, helping them through the process. Building a home should be an enjoyable process for them. I spend time with them with the hope to make that journey enjoyable for them,” he says.

Currently, Tidman functions with six key people; everything else is subbed out to subcontractors.

“I think everybody we have here is multi-talented. Everyone brings a great buffet of skills to the team. I think that’s another thing that sets us apart,” notes Andrew.

In this close-knit business, the team has also become a family. Additionally, the relationships built with Tidman’s clients has expanded this “family” further. “We have gone on to have continued wonderful relationships with them. To this day, there are still people I visit all the time,” notes Andrew.

The legacy of the company is so strong that Andrew’s son Max can often identify a Tidman-built home when he spots one.

“For a part of the 70s into the 80s, we did a lot of our own design work. My father has a drafting background. So, there was some sort of signature look to a lot of the homes that we built at that time. I believe it would be the attention to architectural detail that makes them stand out,’ says Andrew.

Having built its reputation over the years, Tidman Construction is very well known in its community. Existing clients have helped bring new clients through the door through word of mouth, instead of marketing. In numerous occasions, clients that have multiple residences have kept coming back to Tidman.

Tidman Construction, like the rest of the world, has been hit with the challenges brought about by COVID-19. Although the construction industry has not really slowed down during this period, Andrew, like most other business owners, does worry a little.

“I personally feel that there’s going to be an impact even though the construction industry is busy here right now. Western Canada, in general, has a fairly booming construction industry. I might be dead wrong but my gut instinct says that there’s going to be a lag of time. And then, things will eventually slow down. To what degree, I don’t know,” he says.

]While the custom home building part of the business did not see any downtime during the pandemic, the story has been different on the renovation side of things.

“I would say, the one area where we did have to do things differently was renovations. Obviously, renovation clients live in their homes. So, we stopped immediately any renovation work that we were doing for people and didn’t go into their houses once the pandemic hit. When everything started reopening in July, all our renovation clients hit the restart button at the exact same time. That proved to be challenging for us. Normally, we would stagger the scheduling of renovations,” explains Andrew.

Tidman managed to overcome this challenge due to the patience, understanding and accommodating nature of its clients.

Since the pandemic hit, Tidman has increased safety protocols. The company schedules the construction process to ensure that only a limited number of people on any site. Meetings and appointments at the office are scheduled ahead of time. Andrew and his team also worked from home for a while; except for team members that had to be present physically on jobsites.

Supply chain disruptions have had an impact on Tidman’s work. “It has definitely lengthened some construction time frames which would have under previous circumstances, been executed much faster and more succinctly too. It has created not only a delayed process but a random process which is obviously tough to schedule.

Challenges are part of any business. When Andrew was younger, he did worry about a lot of things that every other business owner worries about – especially about having enough work and doing a good job for people. However, lately, nothing keeps him up at night anymore.

“What experience has taught me is that things eventually have a funny way of working out. I believe if you just do a good job for people and communicate well and deliver what you say you’re going to deliver, for the most part, you will have a wonderful experience with those clients. For the most part, we have worked with wonderful people that have gone on to become friends. I find that the most rewarding. It’s what I liked about custom home building in the first place,” says Andrew.