In pursuit of passion: Roger Hardy’s journey of building dreams

On the bank of Lake Ontario in the picturesque town of Cobourg, Roger Hardy has set up shop. His company, Quality Construction and Renovations has been creating dream projects for clients for many years now.

Hardy’s journey in the construction industry goes way back to his teenage years. When he was 14 years old, Hardy started working for contractors, doing renovations and whatever they wanted him to do. He had the opportunity to dabble in the industry throughout his school life since then, doing summer jobs. At the age of 18, he went to the west of the country to work in construction.

Hardy originally wanted to be a photographer, so he tried his hand at it. However, he realized quite early on that there was not a lot of money in it. So, when his family asked if he would like to go into the restaurant business with them, he did. Hardy decided to go back to school when he was 26, earning his diploma in Business Administration. Although he thought that he would remain in the restaurant business, he soon realized that his true passion was in construction. Without any further delay, he went back to the construction industry and has never looked back since then. 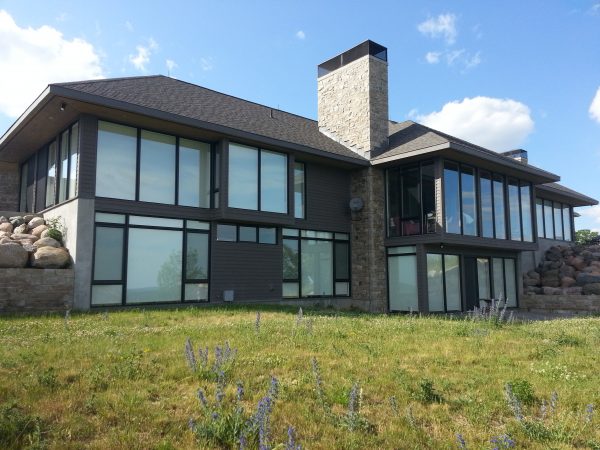 The Barnicke project is one of the most memorable projects Hardy has ever worked on.

Hardy worked hard in the construction business for a few years to understand the industry and gain the necessary experience. He eventually decided that with his work experience and his business background, he was ready to venture out on his own as a contractor. This was in 1986.

However, he had to face ups and downs along the way.

“The first contract that I had was to trim out subdivision homes. Unfortunately, the subdivision went bankrupt. I worked for eight weeks. It was all strictly labour. And I didn’t get paid. I was quite disillusioned with being self-employed, as a result,” recalls Hardy.

But he persevered. In the first year, Hardy was able to make $5,000. He began to develop a reputation for being a hard worker, someone who cared about what he was doing and cared about what the customer wanted. “I started to find a little bit of success,” he says.

He has continued to work hard and has been successfully running his company for 35 years now.

During his early years, before he had opened up his independent business, Hardy bought a house for $10,000 which was about to be condemned and torn down. “This happened while I was going to school. I had a newborn at home. I held down three part-time jobs. And in the meantime, I renovated the house that I bought. I gained a lot of experience renovating it. I built two additions on it. It helped later on,” he recalls.

As time progressed, Hardy expanded his company and at one time had 10 employees working with him. But he realized that he was sacrificing quality for quantity and wasn’t making a lot of extra profit. So, he scaled back his operations again to having three to four employees on an average. 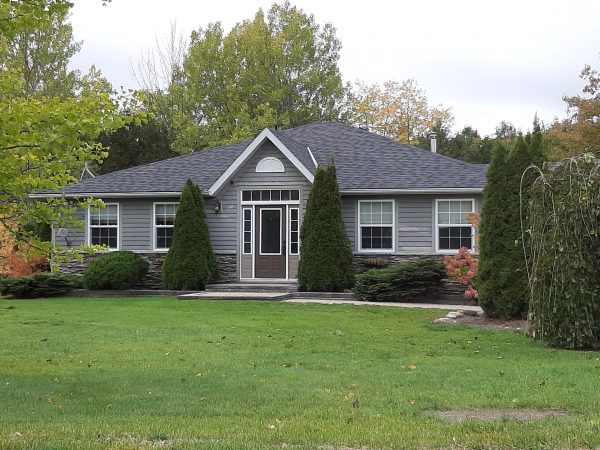 In high school, Hardy had studied architecture as a subject. He always had a dream to design, build and sell unique homes. Having spent 10 years as a contractor, encouragement to pursue his dream came from home. “My wife convinced me to purchase a property, design a home, build it and sell it. I had tremendous success with it,” says Hardy.

This was all the encouragement he needed. For around 25 years now, Hardy has continued to design, build and sell his homes, depending on the market conditions. This is in addition to his regular construction and renovation projects. The most recent home that he has designed and built brought in almost a million dollars.

Over the years, Hardy has also worked with a lot of well-off clients on home projects with budgets exceeding 1.5 million dollars. He has also worked in close quarters with a lot of architects over the years, including Moriyama and Teshima Architects in Toronto. Not shying away from the opportunity of gaining varied experience, Hardy has even taken up large-scale renovation projects.

Hardy’s journey in the industry has always been strongly linked to the economy. For a long time, he focussed on building new homes. When the market changed, he did a lot of renovations as well as new homes. He often bought old homes, renovated them and rented them out or sold them.

“I had to learn to be flexible and adapt to the times. I’ve also always tried to maintain that business is based on people. If you treat people well, if you show that you care, and you work hard, you can build a successful company. Profit is not my number one motivation. I have just wanted to earn a comfortable living,” explains Hardy.

Having built and renovated so many homes through the years, some projects have been more memorable for Hardy. One such project that he found quite interesting was a home he built for his clients Mr. and Mrs. Barnicke. The architect who designed it was Peter Burton. The house had a large 7,000 square feet of living space.

The project that gave Hardy the most satisfaction was a million-dollar-home that he designed, built and sold. To this day, every time he looks at the project, he feels happy with how it turned out. The reason he holds it most dear to his heart is because 99 percent of the home was Hardy’s design and inputs for the finish. Hardy and his wife even planned on moving into it. He had created the home with this idea.

Hardy has a good eye for ergonomics – the required understanding of what works in terms of the flow of a house. He also has a keen eye for interior design. He pours his thought process in combing these factors to achieve the desired results with his homes. His homes are often sold before they are 100 percent complete. So, the client comes along and requests for some changes. But for the most part, these homes turn out to be what he envisioned them as.

Apart from homes, Hardy quite enjoyed building a winery. “It was really fun and exciting to work on that project. And it lasted for quite a long time – seven months,” he says.

Among the many challenging jobs, one stands out to him as the toughest project Hardy ever had to complete. Early on in his career, he worked on commercial and retail projects as well. During this time, he once contracted a job in a mall to build a high-end fashion store. Hardy had four employees at that time and he hired five subcontractors to finish the job.

He narrates: “This was a nice warm job in the middle of winter. All these guys said they knew what they were doing. But they didn’t. Eight weeks into the job, the company I was contracting to said that we weren’t moving fast enough. I added up all the numbers and realized I would lose my shirt over it. So, I fired the five guys. And I myself worked from 6 a.m. until midnight, seven days a week, for the next three weeks to get the job done. For all that hard work, I was able to make only $800.”

The lesson that Hardy learnt from this experience was that he had to be careful when trusting people. However, his hard work allowed him to maintain his integrity and come out of the situation with his head held high. 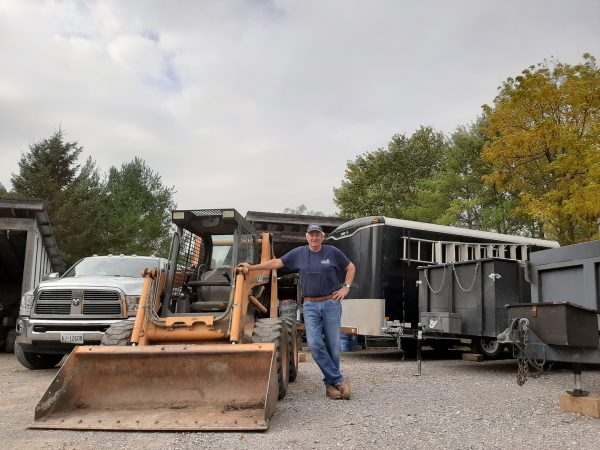 Although Hardy tried his hand at a couple of other things, his true passion had always been the construction industry.

The present and the future

A challenge of the current times for everyone has been the pandemic. Its effects have been felt by Hardy as well. Quality Construction and Renovation shut down for two months and then started up with small renovation projects.

The real challenge, however, has been the supply chain disruptions – being able to acquire the materials in a cost-effective manner. There has been a shortage of pressure-treated lumber. Ordering doors and windows has taken twice as long. Hardy has had to plan and order materials much further in advance. Managing the timelines and the staff has also been challenging.

Something that has always worried Hardy since he started his company is whether his employees are satisfied and happy. He cares about his employees being satisfied with the workmanship and having good value.

To the next generation of young people starting out in the construction industry, Hardy would like to tell that they should learn to make their lunch, don’t take much time off and to remember that success is a long steady climb.

“As a self-made man, my career has been just that! Good value and respect for all the people I work with. Growing a business is the same as growing as a person where we need constant evaluation of what we are and where we want to be,” he says.

Hardy has been relatively accomplished at his craft and his business. Giving back to the community and people feels extremely gratifying as part of this process. He recalls having a client who was suffering from bipolar disorder. He often drove her to the hospital a few times a week while working on her project. The project turned out spectacular and the family were ecstatic about it. Today, Hardy sits on the board of the Canadian Mental Health Association – Haliburton, Kawartha, Pine Ridge branch.

“We all have to learn to be tolerant, flexible, understanding, and compassionate. We have to try not to judge and not to be too self-absorbed. I’ve tried to learn to be humble and appreciative,” says Hardy.

This year the association branch raised $18,500 through Hardy’s annual golf tournament fundraising event. He feels as proud of this achievement as he does of his career.