Want affordable housing? Bring the rebate up to date.

Canada’s deputy prime minister, Chrystia Freeland, recently said, “One of the things that I am most concerned about as someone who — it shocks me to say this — is 53 years old, is the intergenerational injustice. We had a better shot at buying a home and starting a family than young people today, and we cannot have a Canada where the rising generation is shut out of the dream of home ownership.” 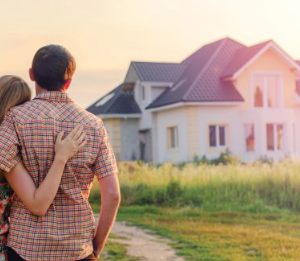 These contradictory statements from senior officials exemplify Canada’s dysfunctional housing predicament. Housing has become a matter of political posturing and flavour-of-the-month, while also serving as a cash machine for the government. Freeland had a better shot at buying a home 30 years ago because three levels of government weren’t using homebuyers’ mortgages as a big source of revenue. There was no GST, which today adds $50,000 to the cost of an average new home in B.C. Freeland could have offered to assist housing affordability by indexing the GSTNew Housing Rebate to today’s prices, first promised by the federal government when the GST was introduced in 1991. Instead, Freeland and other governments continue collecting billions of dollars from housing.

The B.C. government charges property transfer tax up to three times on the development of one new home. Their revenue for last year was $3 billion, up from the previous $2 billion. In Toronto, homebuyers pay two land transfer taxes – municipal and provincial. How do politicians in Toronto talk about housing affordability with a straight face? Many building permit fees are calculated based on the cost of construction which includes the rising prices of materials like lumber, labour and other factors with no relationship to the cost of inspections.

The town of Saanich, B.C. had a permit fee surplus that approached $2 million in 2021, higher than in 2017 when 40 percent more homes were constructed. So their revenues increased while the demand for inspections decreased. Sooke, B.C., reports revenue of $904,623, an 81-percent increase over their projected budget of $500,000, not including revenue from re-zoning, development permits, subdivision fees and plumbing permits.

Check your own municipality’s annual financial report to examine their annual revenue from building permit fees while they claim the need for increased development cost charges and community amenity contributions. Some municipalities double dip, demanding significant “green space” from a development while including parks in the DCC’s.

While government coffers overflow, permit approvals slow to a snail’s pace. Elected officials promise improvement but the process only gets worse as more regulatory hurdles are added. Politicians bemoan the lack of housing supply and affordability, while raking in massive revenues at the expense of homebuyers.

It’s a bit much listening to Freeland refer to “intergenerational injustice” while doing zero to apply fairness to her own GST-rebate program for new housing. It’s time for some real intergenerational justice.