Protecting Yourself from Tax Liability

Disclaimer: This article is for informational purposes only and does not constitute legal advice. For legal advice regarding a specific tax dispute issue contact a lawyer. 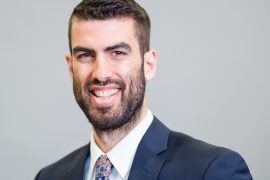 Owning and operating a construction company offers career freedom and opportunity, but it also brings potential pitfalls. One such risk is a personal tax assessment from the Canada Revenue Agency.

As a lawyer who specializes in helping defend taxpayers against CRA audits, I commonly see hardworking contractors who have been caught off-guard by CRA. Many of these contractors have been hit with tax assessments totalling hundreds of thousands of dollars. In this article, I explain three traps that commonly trip-up construction company owners.

Being alert to these risks and taking proactive steps to protect yourself and your business can spare you the awful process of a tax dispute.

Obviously, the best way to prevent being assessed personally for director’s liability is for the corporation to remit all its GST/HST and employee source deductions on time. But if the corporation does not achieve perfection, there are two additional defences:

Two-year time limit
If you operate your construction corporation with business partners, one defence is to resign and cease acting as a director well in advance of CRA pursuing you personally. The CRA is not allowed to assess you personally if you stopped being a director more than two years in the past. This is critical if you don’t have full control of the corporation and your business partners are preventing the corporation from remitting its GST/HST or source deductions. In such circumstances, you should send a written resignation letter to the corporation and consult a lawyer immediately.

Due diligence defence
Regardless of whether you operate the corporation with partners or on your own, the other defence to a director’s liability assessment is to act with “due diligence”. The law states that directors are not personally liable for the tax debts of their corporation if they “exercised a degree of care, diligence, and skill of a reasonably prudent person”.

Decisions from judges of the Tax Court of Canada explain that due diligence requires taking “active steps” to prevent the corporation from failing to remit its GST/HST and source deductions. Examples of these active steps include the following:

a. Having regular director’s meetings to review your financial reports and tax liabilities. (Keep notes from these meetings – even if you’re a solo director and just meeting with yourself or your bookkeeper).
b. Obtaining regular confirmation from the corporation’s financial officers on the status of the corporation’s tax remittances
c. Appointing a qualified bookkeeper and/or accountant and overseeing their duties
d. Opening a separate bank account where the corporation can hold the GST/HST and source deductions it collects until the deadline for remitting those amounts to CRA.

But even after CRA has accepted your GST/HST returns, they can still audit your corporation and deny the ITCs if you don’t have the necessary supporting documents to prove the GST/HST that your corporation paid to your suppliers and subcontractors.

For each expense greater than $150, the law mandates that you keep supporting document that includes the following information:

a. The name of the supplier

b. The date of the invoice

g. A description of each supply sufficient to identify it

Unreported Income
We often hear from our contractor clients that cash jobs were too tempting turn down. But this was before they realized CRA’s broad powers to access their financial information and its willingness to dedicate substantial audit resources to catching even solo contractors and small construction business owners.

CRA’s studies show that 28% of the residential construction / renovation industry happens “under the table”. CRA says that fighting the underground economy is one of their top priorities.

CRA has a variety of means for determining whether you are reporting all your revenue. It can, for example, obtain your bank and credit card statements and analyze your spending patterns in comparison to the income that you report. This is called a “net worth analysis”.

CRA also forces major suppliers, including Home Depot, Rona, and Roofmart, to divulge customer information. CRA then uses this data to compare the materials that a contractor purchased in a given year to the revenue they reported. For example, if a contractor

Conclusion:
Construction businesses require a ton of work and attention. My brother owns and operates a successful drywall-installation business in Vancouver, so I understand the demands. To prevent CRA from adding a tax dispute to your to-do list, act with due diligence, keep supporting documents for your ITCs, and stay away from the temptation of cash jobs.