The Allure of Alair

The move from owner-operator to franchise owner works out for the Chuba brothers. 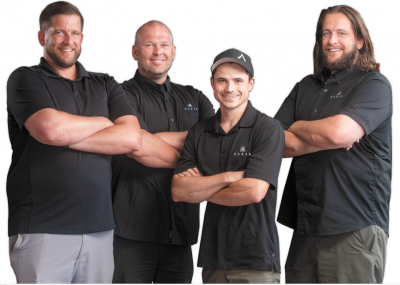 Matt Chuba always had a passion for building. Watching and working with his grandfather when he was very young, spiked his interest in the construction industry.

“He was a Polish immigrant that came over on a boat in 1956 with $20 in his pocket. He ended up being a big concrete foreman. He built a lot of downtown Toronto and was evenpart of the CN Tower’s construction,” Matt says. “He was a big inspiration.”

Matt continued to find the building process fascinating throughout high school. So much so that he had planned on going to university to become an architect. But that plan changed the moment he sat down in an architect’s office for his co-op placement.

“After sitting behind a computer screen for eight hours, I realized it wasn’t for me,” Matt says. “My parents were getting their kitchen done at the same time and I saw the guy building the cupboards and it looked interesting, so I asked him for a co-op placement.”

That co-op placement turned into a regular summer job throughout high school. After graduating, Matt left Oakville, Ont., and moved to B.C. to join the carpentry pre-apprenticeship program at the College of the Rockies Cranbrook Campus in Cranbrook, B.C.

Matt moved back to Ontario shortly after graduating the program and worked as a trim carpenter for several years.

He eventually realized that he wanted to start up his own business, so he reached out to a friend he was doing projects with and they formed Seafare Construction, a home renovation company based in Oakville, Ont.

Matt and his business partner ran Seafare Construction for nearly a decade before they were approached by Alair Homes, a custom home building and renovations company with franchises throughout Canada and the U.S.

“At the time, my first business partner and I had gone our separate ways and my brother, Mark, had stepped in,” Matt says. “Shortly after that, my brother and I were operating Seafare when Alair approached us. They had seen some reviews of us on Google. We decided it was a good fit.”

Now into their second year operating as Alair Homes Oakville, the Chuba brothers are enjoying being part of the franchise. 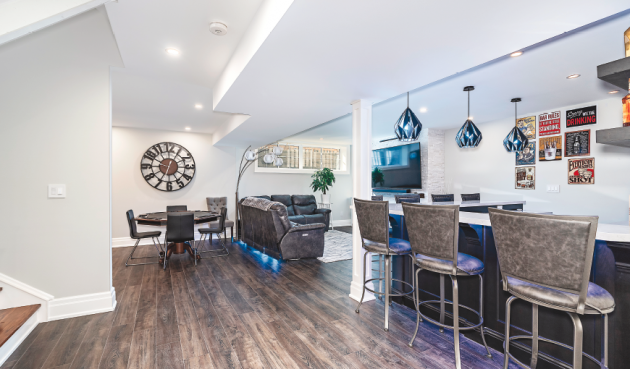 “Alair is trying to change the residential construction industry,” Matt says. “We are 100-percent transparent with our clients. They see all the bills from the subcontractors we get and use on their jobs. We build their budgets with them.”

This transparency in the billing process with clients was a major reason the Chuba brothers decided to opt into the Alair Homes franchisee system.

“We joined Alair because we felt that transparency was important in our core values. Everyone thinks contractors are there to rip you off – to take your money and run. Bad news spreads faster than good news, so we wanted to align ourselves with people who had the same mindset we did, and that’s where Alair came in,” Matt says.

Alair has 55 offices across Canada with 99 partners (most offices have two owners). In the U.S., there are about 140 offices. Having all these different franchise owners can be an advantage for anyone looking to network with other industry professionals that they can bounce ideas off of.

“Every Wednesday, every office calls into a conference call and there’s lots of brainstorming. The CEO leads the call,” Matt says. “In Ontario, project managers working for all the offices have another call once a week, or twice a month, and sit there and brainstorm ideas with each other.”

Before joining Alair, the Chuba brothers were working 100- hour weeks. Matt says that joining the company has given them the opportunity to scale their business and it has helped reduce the number of hours they need to work, when compared to being the owner-operators of Seafare Construction.

“Now with the scalability, I’ve stepped back. My brother focuses on sales and I focus on the operations of the company,” Matt says. “At Seafare we were doing five jobs a year, and now we’re doing 15 jobs this year, and we’re growing… so I think Alair was a great route for us. It’s made a huge difference.”

Matt is married and has young children. So, getting the additional time back in his schedule has been extremely important to him.

“We were working hard every day on the tools, and every job took longer than you thought. We were working evenings and weekends. Trying to keep up with our schedule was costing us our family time,” he says. “Alair came in at the right time in our lives to make that change.”

At Seafare Construction, the Chuba brothers were performing major renovations and were looking at custom home building as a long-term goal. By joining Alair, the brothers were able to feel comfortable making the jump into that market.

“It was the kick in the ass we needed,” Matt says. “We knew that was where we were headed, but it would have taken us five to 10 years to get there. But with Alair, and the guidance they could present us, it’s much quicker. We’ll be building our first custom home next year. It’s been a good move.”

Pricing strategy
Matt says that one of the worst ways a client can price out a custom home build or major renovation project is by a price per square foot, and he avoids that with his clients. 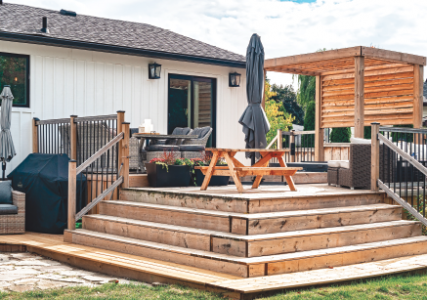 “Square-foot price to build a home is one of the most dangerous ways to build a home. We plan it all out ahead of time, so the customer knows what their house is going to cost before we put a shovel in the ground,” he says. “We do a feasibility study with the client and get a wish list of what they really want and why they are building this home or doing this renovation. Then we work with them and figure out what they want and then give them a price range. A master bathroom, for example, could be anywhere from $30,000 to $60,000, or more.”

Matt says giving clients all the prices up front and letting them decide what they want is important for making them comfortable throughout the process.

“Renovations and home building are extremely stressful,” he says.

Building through the pandemic
When the COVID-19 pandemic was declared in March, the Ontario offices kept in close contact with each other.

“Through that start of COVID, Ontario offices were calling in every Monday to go over best practices on how to keep our tradespeople safe on jobsites,” Matt says. “It was extremely challenging. When the pandemic hit, we were like everybody else – glued to the television wondering what’s going to happen. Our clients were the same way. We had five jobs we were ready to start construction on within weeks, and people were calling us saying, ‘I just got laid off, so I’m not ready to spend this money right now.’”

Not wanting to put additional pressure on the clients, the Chuba brothers held off on those projects and waited until the clients were ready.

“All of those people came back in the summer and said, ‘We’re ready to go,’” Matt says. “We’re still fighting this battle, playing catch up from the three months when a lot of people stopped working.”

A major hurdle for catching up on projects has been disruptions throughout the building materials supply chain.

“Our concrete company shut down for three months – March, April and May – and then had to catch up starting in June. Then there were the lumber shortages and when pressure-treated lumber was more expensive than gold,” Matt jokes. “I renovated my own home and couldn’t get
two-by-sixes, two-by-eights, two-by-10s or plywood. I’d ask the store. ‘When is the truck coming?, and they’d say, ‘We don’t know.’ 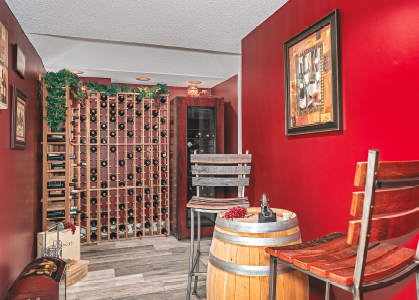 “Talking with our flooring guys, they were saying, ‘We have 10 sea containers coming from Europe and we don’t know where they are,’” Matt says. “They could be stuck in a port in Europe or Montreal, and they didn’t know when they could fill the order, because nobody knows where it is. COVID has been quite interesting, to say the least.”

Although most construction has been listed as an essential service in Ontario, some of the key services that allow the sector to function productively are not, which has created additional delays for contractors.

“I know Doug Ford made construction an essential service, but then the building departments aren’t necessarily an essential service and are working parttime,” Matt says. “So, a permit for a small renovation that would take seven to 10 days to get is now taking eight weeks to get… it’s been a struggle.”

Clients haven’t been thrilled about the project delays.

“Clients are unhappy about it, but it’s out of our control. We’re trying to do what we can. At the end of the day, they’re spending money with us and they want it done,” Matt says.

Adding to the challenges of getting projects completed are all of the new safety precautions that have had to be put in place.

“We’ve had to change our processes around,” Matt says. “We put hand sanitizer stations and Lysol wipes in every site. Only one trade is allowed per job at a time. We have sign-ins for all of our jobs saying who was here and how many people we would need to contact [if someone tested positive for COVID-19].”

Although the Chuba brothers are excited about where their futures will take them with Alair Homes Oakville, they aren’t looking to expand quickly while the pandemic is active. “We don’t want to grow too fast, more at a nice rate so I can still handle it. The stress of this year was enough,” Matt says. “This year will definitely go into the memory banks as, ‘I never want another one of these again.’”