Escape from Down Under: Code-compliant egress is a must for homes with basement living areas

When basements contain one or more sleeping rooms, emergency egress and rescue openings are required in each sleeping room.

The death of a 7-year-old Iowa boy in a February house fire illustrated again the dangers posed by basement fires. According to Statistics Canada figures, between 2005 and 2014 there were an average of nearly 13,000 residential house fires that resulted in 140 fatalities annually.

Proper and safe egress is critical to any basement fire emergency. The International Residential Code (IRC) requires emergency egress for all finished basement living areas, particularly bedrooms and sleeping areas. When basements contain one or more sleeping rooms, emergency egress and rescue openings are required in each sleeping room. Besides safety for occupants, proper egress also allows firefighters and rescue teams to do their jobs.

“If there’s a bedroom in the basement, homeowners are required to have proper egress, but not everyone does,” says David Christenson, a fire captain with the Oskaloosa Fire Department. He helped fight the February blaze in which David Fogle died. The boy’s mother also suffered injuries as she attempted to rescue her son from the basement of the structure. Christenson says they were able to knock down the fire within five minutes, and found the boy in the basement. He died of his injuries shortly thereafter at a local facility.

“We run into homes without improper egress quite a bit,” Christenson says. “There’s usually one way in and one way out. We just can’t go through a small window opening.” 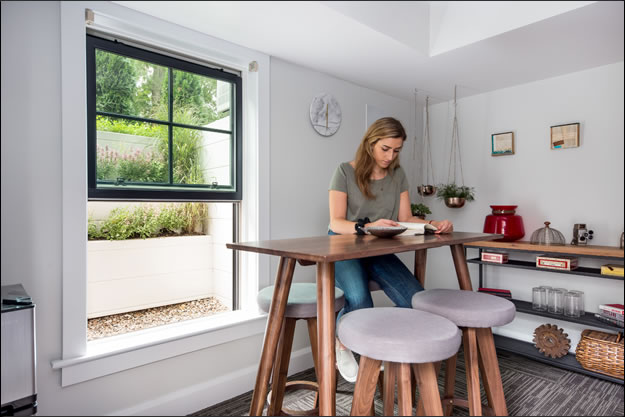 Window wells provide an important layer of security in the event of a basement fire.

Every blaze presents a potentially lethal challenge for firefighters, and basement fires can be especially dangerous. “Prior research has shown basement ﬁres present a high risk to ﬁreﬁghters. This risk stems from unexpected floor collapse and high heat,” the UL Fire Safety Research Institute said in a report. “Prior research also indicated the tools that ﬁreﬁghters have traditionally used to determine the structural integrity of the floor offer little value with lightweight construction.”

“The types of hazards encountered while descending into these areas are countless because they are unseen during the size-up,” Adam J. Hansen and Jason Hoevelmann wrote in an article for Fire Engineering. “These hazards include limited ventilation; heat buildup; stairwells acting like chimneys; storing hazardous materials such as paints, solvents, gasoline, oils; overstoring/hoarding; unfinished living spaces; boilers, furnaces, hot water heaters — the list seems endless.”

Basement doors and window wells are an important component of the safety of home dwellers and fire and rescue personnel. “If an opening isn’t large enough for a firefighter or emergency responder to enter through, you’re also putting their lives in danger,” says Jason Weinstein, the owner of Budget Dry, a window well and basement door installer. He is also a certified egress expert. “Proper egress isn’t just for your family’s safety. It also ensures our first responders get to go home to their families, too.” 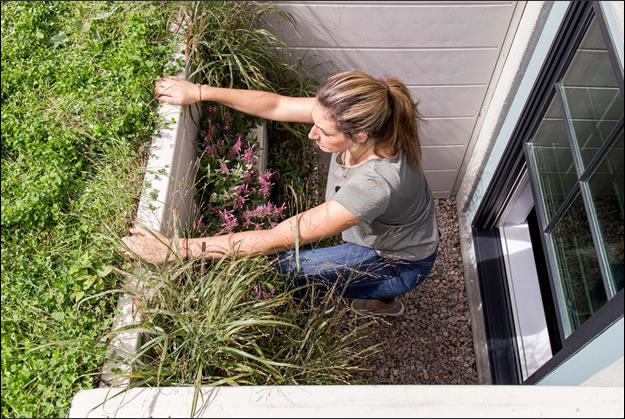 Window wells must meet specific requirements to allow people to escape the basement in the event of a fire.

Basement doors and window wells offer the easiest path to code-compliant egress. They can be installed during the home’s initial construction, or added in remodeling. Before committing to any project, homeowners should check with their town officials to obtain permits and ensure that the plan for the project meets local code.

Jim Edgeworth, the Director of Residential Products for The BILCO Company, says the purpose for the basement determines whether a door or window well should be installed. BILCO manufactures both products. “If a basement is used for storage or workspace, then a door will be fine. If fresh air, light, and design are important, then egress window wells are what the homeowner will need. It’s not unheard of to have both.”

In either case, it’s easier to have the products installed during the initial construction of the home. Installing window wells, especially after construction, is much more labor intensive.

After obtaining the necessary permits and contacting local utilities, the next step for installing window wells requires excavation of the area. Contractors will remove the dirt and then cut the wall. Workers will then shore up the well and put the window in place, and finish by putting in backfill.

“Use of draining stone in backfilling is the best choice, though many installers use earth that was excavated,” Edgeworth says. “Cost will depend on geography. A single 4 x 4 installation can run from $3,500 to $10,000. Some projects can be completed in a day, but most require two days.” 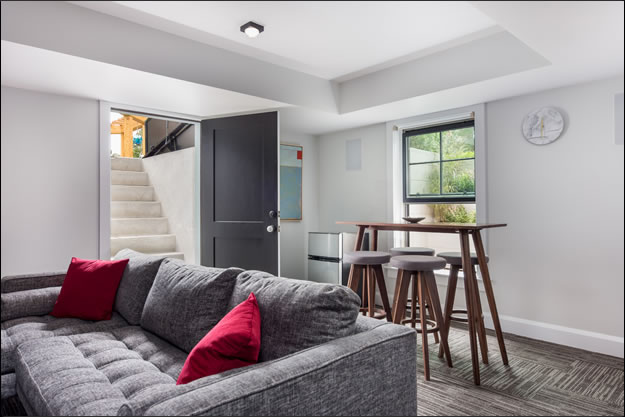 In addition to safety, window wells can add natural light to a basement living space.

Homebuilders and renovators need to keep their clients informed about codes for their community before adding a living or sleeping area to their basement. The IRC regulations are a good starting point, but individual communities frequently have individual requirements that construction teams should learn and share with their clients.

“Remodeling contractors who specialize in basement and egress work can be found in almost any market,” Edgeworth says. “As a consumer I would expect to see before and after photos and several references as each installation will be unique.”

BILCO makes two types of window wells, both of which are compliant with IRC 2018 building code requirements. BILCO’s StakWEL and ScapeWEL are made of non-corrosive materials and add natural daylight to any finished basement space. They also offer many years of maintenance-free service.

More people are occupying basements as living space, according to recent trends. The 2011 Census found that 42.3% of Canadians aged 20–29 live with their parents, often in basement bedrooms or apartments.

Basement fires can start in numerous ways, from utility appliances, faulty fuses boxes and circuit breakers, overloaded extension cords, or even an unattended candle. Establishing code-compliant egress can help make certain a basement fire does not result in tragic consequences.

“Just because a basement is built doesn’t mean it’s legal,” Edgeworth says. “You have to make sure it’s up to code, especially when you are purchasing a home. If it’s not, the new homeowner will have to make the corrections to meet code requirements.

Thomas Renner writes on building, construction, manufacturing, and more for trade publications throughout the United States and Canada.