Would you want to live next door to the Flintstones? Apparently, residents of Hillsborough, Calif., have decided they would not. They're suing the owner of the local "Flintstone House" to stop, um, enhancing the décor.

Sure, we all grew up watching Fred and Barney’s shenanigans. But would you want to live next door to the Flintstones? Apparently, residents of Hillsborough, Calif., have decided they would not. They’re suing the owner of the local “Flintstone House” to stop, um, enhancing the décor. The home itself was built in the 1970s using an experimental spray concrete method with curved walls, painted in vibrant colours. The current owner has enhanced the aesthetic by adding giant metal dinosaurs, sculptures of characters from the show, and even a sign proclaiming, “Yabba-dabba-doo.” It’ll be Yabba-dabba-don’t if the angry neighbours get their way. 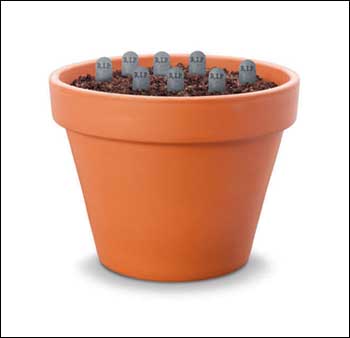 German police were investigating a death and at least two other injuries attributed to a vengeful landscaper. Police believe the now deceased gardener plotted the attacks against his former clients, including a doctor who was killed when he picked up a booby-trapped log left on his front porch. The other victims, a mother and daughter, were injured when they put a log laced with explosives in their woodstove.

And, of course, closer to home is the case of Bruce McArthur, a Toronto-based landscaper convicted of murdering eight men he’d targeted in the city’s gay community. What’s up with the lethal landscapers? Maybe it’s something in the Roundup?

Related
$110 of fine tax-collecting by the local police department
Sod-making machine
Is your crew undermining your reputation as a contractor?
Dilemma: Business or Marriage?