In 2020, the spray polyurethane foam (SPF) insulation business will have new standards to meet

[Doug Kramer’s piece came in No. 2 on our Greatest Hits list of the most viewed comments of 2019.]

It’s been 30 years since the ratification of the Montreal Protocol in 1987, when 197 countries agreed to phase out destructive chlorofluorocarbons (CFCs) in order to save the life-preserving ozone layer. The Montreal Protocol was the first UN treaty to achieve universal ratification and is considered by many to be the most successful environmental global action in history. It’s believed that with continued full implementation of the Protocol’s provisions, the ozone layer should return to pre-1980 levels by 2050. 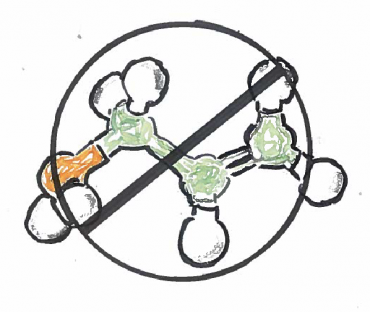 The path forward has not always been a straight and narrow one. As science learned more about the ozone and global warming, the Montreal Protocol was expanded to include a long list of products containing HCFCs and HFCs. Phasing out CFCs led to the introduction of hydro-chlorofluorocarbons (HCFCs) which in turn were replaced by  (HFCs). While these chemicals all represented an improvement over their predecessors, eventually it became clear that there was more work to do to minimize or even eliminate the impact on the ozone.

In 2019 under the Protocol, we are in the middle of yet another transition.  Today Canada and other developed nations have set a target of 2020 to replace HFCs with hydrofluoro-Olefins (HFOs).

As a result, the insulation industry is joining many industries affected by the growing call for HFC reduction, including the air conditioning and refrigeration industries. For companies in the spray polyurethane foam (SPF) insulation business, these regulatory changes required the development of new SPF formulations. Honeywell developed a new product based on Hydrofluoro-Olefins (HFOs). These chemicals have an ultra low global warming potential (GWP) and are non-ozone depleting.  At the same time, Lapolla pioneered the development of a new SPF formulation that could incorporate the new HFO blowing agent. Looking to the future we knew this transition was inevitable and we were the first to develop and commercialize the new HFO technology globally. Growing acceptance globally around the Montreal and Kyoto Protocols has meant we are now at the forefront of this new direction that is better for the environment.

The fourth generation SPF provides advantages over other forms of previous technologies which include, better R-values, airtight building envelopes, added structural support, moisture and air barrier control and an estimated 40 percent energy savings over other traditional insulation materials. SPF is now estimated to be as high as 20 percent of the insulation market, taking market share from traditional products. The growth has been steady and reliable, with estimates of continued aggressive growth for the foreseeable future. Knowing how to install foam and manage and maintain the equipment is the key to success as a contractor as well as a basic understanding of building science and thermal and moisture dynamics.

Not all manufacturers have yet achieved the next generation technology. Therefore, consumers should question their contractor about the technology intended for use in their project. While the contractor’s experience and skill set are critical, not all foam is the same.

According to the Climate and Clean Air Coalition, (CCAC), the phase-out of HFCs coupled with energy efficiency gains of this new class of products will avoid as much as 1°C of global warming. This should be good news for all of us in the building and insulation industries and offers an opportunity to be part of a progressive industry.

Doug Kramer has been a leading figure in the spray foam insulation and roofing products industry for almost 30 years with manufacturing, operations, sales and marketing experience in a broad variety of elastomeric coatings and polyurethane foam for construction. He is currently the President of Icynene-Lapolla, two long-standing SPF brands that merged to provide a strong unified approach to delivering superior products, technical knowledge, customer service and sales support to Icynene’s and Lapolla’s customers and consumers.

1 Comment » for In 2020, the spray polyurethane foam (SPF) insulation business will have new standards to meet