Myths of contractors continued: If I fund a project with my own money, there is no interest cost

"Whenever your money is tied up it does have a cost" 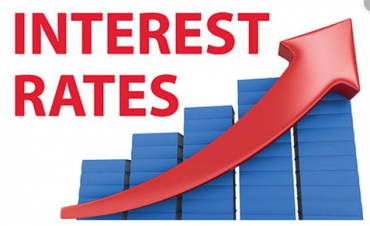 So far in this series we have tried to be specific about when the “common wisdom” in the world of contracting does or does not apply. In contrast, today’s entry might seem a bit abstract, or we might sound like we’re discussing imaginary dollars.  Perhaps that is true, unless big dollars are involved. But a lot of projects do involve big dollars, and just because money doesn’t actually move through your bank account, doesn’t mean you don’t incur a cost. So, let’s see if we can convince you that you pay interest on money whether it’s borrowed or it’s your own.

To begin with, let’s be a little clearer on the problem. Often contractors or builders put their own funds into a project.  They might build on spec., or perhaps they carry the cost to build and invoice the customer at a later date. If money is borrowed to fund that work, then the cost of borrowing is plain to see. Time clearly matters and the project must earn enough to pay the interest expense.  But too often, when the contractor is using their own money, they allow it to be tied up as if it doesn’t have a cost.  The result can be a lack of urgency to issue invoices, or to collect on them. When we don’t see a bill for monthly interest, it’s tempting to overlook a carrying cost for our own money.

This is where things can seem a little abstract. Whenever your money is tied up it does have a cost.  The bean counters will call it an “opportunity cost.” You may not write a cheque to cover it but don’t overlook it. The term implies that you have alternative places to invest your money. If you commit large amounts to project work, then you should expect it to earn at least as much as it could in one of those alternatives. You are the general manager of your company and it’s your job to manage the return on your company’s investment.

This example may be a bit extreme, but it helps make the point. There is a new-build in my neighbourhood that has been on the market for just over a year.  It’s not that the market is soft, but this builder is determined to get their price and they are holding out for that. I know a bit about them and I know they have about $1.5 million in the project.  It is their own money and since they aren’t paying interest, they feel they can afford to wait until they get their price.  I don’t know what offers they have seen for the property and only time will tell whether holding out will prove to be the most profitable decision for them. But in the meantime, that $1.5 million isn’t available to them.   Should they be attributing a carrying cost to that?  Sure they should. They don’t have the opportunity to use that money to support other work, which means they either pull back on new projects or incur a very real cost of using borrowed money.

The point here is not to discourage anyone from financing projects with their own money. And there is no magic formula that calculates an opportunity cost. This is really about adjusting your mindset. Yes that’s an abstract thing, but don’t be complacent about the funds you have invested in project work. You may not be looking at $1.5 million but recognize there is an urgency to invoice and get paid and manage that process. Because the cost of being complacent is the lost opportunity to use your money for other purposes.

MMI Professional Services is committed to the success of contractors by helping them develop the business and management skills they need.  For information on ways to run a better building business contact the writer at steveryan@mmiproservices.com

Related
42 per cent interest on overdue Yellow Pages advertising payments?
Six months after the demise of Sears Home Services, contractors in B.C. and elsewhere still looking for fair treatment – and money
"Where's the money, Adam?" "The money went into the company!"
How many contractors take the money and run?