"Working for cash actually wipes out nearly all hope of profiting from the job." 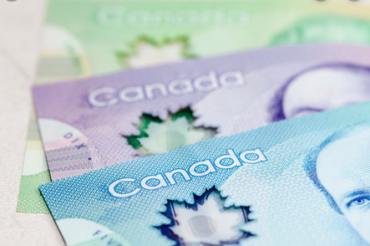 While a contractor might try various ways to shave project costs by dealing in cash, the one big amount the client will look for is zero sales tax. That number pops out at the end of a quote. The cash client presumes it to be a savings to them. Except they would be wrong.

Sales tax will have a different percentage impact from one province to another, but let’s use Ontario for our discussion, where the harmonized federal and provincial sales tax (HST) amounts to 13 percent. You can be pretty sure that a client looking for a cash deal expects that they won’t pay any of that.

On a legitimate job you would charge the client the selling price (let’s say $10,000) and collect 13 percent HST ($1,300). But you would not send $1,300 to the government. You have already paid much of that HST when you paid your own bills. You may not see it this way, but HST(GST) is only paid by the consumer. What you pay on your expenses is effectively an advance payment of the tax your customer will eventually owe. From the $1,300 you collected in HST, the government allows you to recover the tax you already paid in the form of Input Tax Credits (ITC). What you then send on to CRA is $1300 minus your ITC’s.

In practical terms, you do this quarterly, based on all your sales and all your expenses in that quarter. The net effect is that for a typical project roughly 60 percent of the ultimate HST burden is advanced by the contractor through the things they pay for (Everything except wages, financial transactions and profit). It is crucial to recognize any contractor will pay this whether or not they charge the client HST (ie. Cash contractors pay that amount, too).

Now let’s return to our example of a $10,000 job: Our typical contractor will pay between $500 and $800 in HST in the process of doing $10,000 worth of work. The legitimate contractor will recover that amount from the $1,300 they collect on the sale.  They remit only the remainder to CRA. The cash contractor who collects no HST has no opportunity to recover their ITC.  Their client got a $1300 break by not paying HST, but the contractor had to “eat” the tax they paid while doing the work.

How much does that matter?  Let’s say the actual costs for either contractor were $7,500.  For the legitimate contractor, who recovers their ITC, that $7500 is their ultimate cost. The cash contractor incurred the same $7500 in costs, but also paid $500-$800 in tax that they cannot recover as ITC. The cash contractor’s cost to do the same work will actually be between $8000 and $8300. Given that most  contracting companies achieve net profits of less than 10 percent on sales ($1,000 on $10,000) that tax oversight wipes out nearly all hope of profiting from the job.

Now this is not a lesson in doing the correct math for a cash deal.  We want you to present the client with the facts of life when a cash deal enters the conversation. A contractor willing to do it is understating their own costs, which can trigger efforts to economize in other ways which they won’t disclose to the client. They are also not sharing all the facts with the client, which raises the question of what else might they be hiding. Either way, the message for the client that this is not the foundation for a positive working relationship.

MMI Professional Services is committed to the success of contractors by helping them develop the business and management skills they need .  For information on ways to run a better building business contact the writer at steveryan@mmiproservices.com

Related
71 per cent of contractors doing ZERO cash work: Canadian Contractor survey
For me, when people ask, it is straight up No Cash.
Six myths about customer financing of home improvement projects
It’s time to include the safety factor in reasons to stamp out cash contracting