A National Day of Mourning for workplace accident victims

Since 1993, there have been about 19,000 workplace fatalities in Canada. In other words, a sold out NHL hockey arena in terms of the number of people. 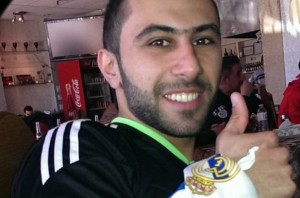 Sarmad Iskander, 22, died last year when he fell from a downtown condo project in Toronto. He lived with his mother, whom he supported.

Take a second out of your busy work day and think about those workers killed or injured on job sites in Canada. And not just in Canada: April 28 was a National Day of Mourning in 80 countries for workplace accident victims.

Since 1993, a staggering 18,941 Canadian workers have been killed in work-related accidents – a shocking average of over 900 deaths per year. At the current rate, an average of two people die at their workplace every day, according to the Association of Workers Compensation Boards of Canada.

These are people like Sarmad Iskander, a 22-year-old construction worker who died last year when he toppled from the 28th floor of a downtown condo project where he had been installing balcony railings. Sarmad was single, and lived with his mother, whom he supported. His mother was taken to the hospital upon hearing of her son’s death.

These are people like Krysztof Mrugala, who plunged to his death at a residential home construction job on the morning of August 28, 2012 in Toronto. I was at the job site that morning.

What are you doing to make sure such tragedies never, ever occur on one of your jobsites? Stay safe and slow down. Time pressure to complete jobs is one major contributors to workplace accidents!!!

By providing education and training, CARAHS reduces your risk of fines, job site closures and prosecution under the Ontario Occupational Health and Safety Act. We are independent of unions and government.