Will Gonell must have felt like the King of Orlando when he returned from the International Builders’ Show in Florida in early January. And why not! His company, Gonell Homes, walked off with two notable prizes at the 2017 Best in American Living Awards ceremony (BALA). The contest, sponsored by the National Association of Home Builders in the United States (NAHB), welcomes entries from all over the world. Gonell Homes took a Gold Award in the International Housing category, and a Silver Award in the Historic Preservation/Restoration category. 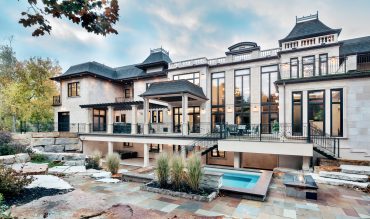 Gonell Home’s 18,000 square foot mansion project in Vaughan, Ontario has won awards on both sides of the border

One residential project, two national awards
In fact, the project that won Gonell his Gold Award in Orlando is the same project that won a CHBA 2017 Custom Home Builder of the Year award in 2017 — a spectacular 18,000 square foot French baroque mansion in Vaughan Ontario, north of Toronto. Gonell told Canadian Contactor that this project was very important for more than simply the notoriety brought to his company. “The benefit for me was the technology, the building practices that were used,” he said. “It was huge exposure from a technology and building science point of view. There are systems in that house that were almost prototypes. It was a big eye-opener and big exposure for me.” 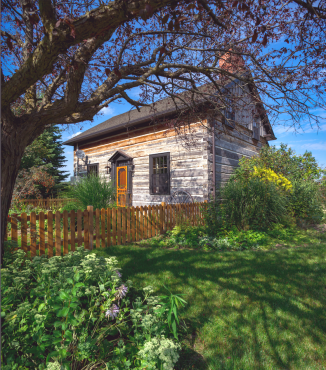 Gonell won a 2017 BALA Silver Award in Orlando for the spectacular restoration of a log home in Caledon, Ontario

Gonell’s Silver Award was for the restoration of an 19th-century log home in Caledon Ontario, located on a 50 acres property with its own private lake.  The Historical Preservation/Restoration category pitted Gonell’s project against numerous entries from all over the USA. “I didn’t think I stood a chance, to be honest. I think what might have wooed them was the amount of detail that went into the project.”

Entering the BALA’s came at the urging of the NAHB’s international representative — Gonell has been a member for several years.  The rep saw the Vaughan project on the company website and was enthusiastic about entering it in the international category. “Sure, why not,” said Gonell. She told him about other categories that he should consider, leading to his decision to enter the log home as well.

“I’ve been very fortunate.”
At age 36, Gonell is an American expat who married a Canadian, moved north, and established his contracting business in Toronto in 2008. However, Gonell’s background prior to moving to Canada is even more interesting. He’s a former U.S. Marine sergeant and NYPD police officer, and credits that training and discipline for helping him enjoy tremendous growth in a very short period of time.

However, that’s only part of his success story. “I’ve been very fortunate. One of my mentors at a very early stage was a successful developer,” he explained to Canadian Contractor. In fact, it was that mentor who hired Gonell to build his personal home, the mansion in Vaughan. “One of the things he told me was, ‘As long as you have the drive, you just have to be at the right place at the right time.’ He explained that people need to distinguish opportunities one from another. That’s what really makes a difference.”

It’s about the mission
Gonell’s military training and police work has also formed his intuitive approach to projects. “In the military, it’s all about the mission,” he said. “The way I run my company, there is a feeling of mission accomplishment. When we get to a project, everyone knows what the mission is and the expectations. Everyone just performs to that. It makes things very, very easy.”

Gonell spends considerable time researching building science, something he believes gives him an advantage over more seasoned industry veterans. “Twenty years in construction? That’s not my story, and that’s OK; I’ll wear that. What differentiates me from the other guy is that I’m very resourceful and I’m very studious. I’ve spent a lot of time on research, a lot of time studying building science.” 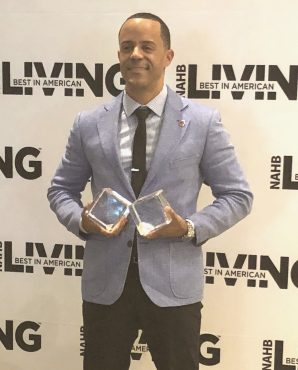 Validation and pride is something Gonell is happy on to pass onto his team of trades. “The reason I do these awards is because it lets the guys know that they’re doing a great job. I don’t do it for myself; I do it for my trades. It goes back to mission accomplishment. I tell them, ‘If I win, we all win. This award is really for you guys. You can wear it, you can show it off.’”

1 Comment » for A Canadian victory at American home awards