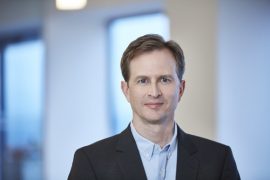 “Tony has proven to be a highly capable leader at LP, driving new levels of productivity, efficiency, and success for our Engineering team,” said Executive Vice President, General Manager of Siding Jason Ringblom. “I am confident that his leadership will be an incredible asset to our nearly 1,500 Siding manufacturing team members as we work to achieve our ambitious operations goals.”

Hamill brings more than 30 years of experience to the role. He joined LP in 2013 as a Regional Engineering Manager based in Canada and was promoted to Corporate Engineering Manager in 2016. He then took on the role of Vice President, Engineering in 2017. Among his many accomplishments, Hamill has led several siding capacity expansion projects, including the conversions of Swan Valley and Dawson Creek, and the current conversions of Houlton and Sagola.

In his new role, Hamill is responsible for leading the development, execution, and attainment of our Siding operating goals, ensuring the safe, environmentally sound production of quality products, and ensuring compliance with corporate and regulatory policies.

“In 2021, LP’s Siding business delivered record LP® SmartSide® Trim & Siding growth with unmatched safety and efficiency,” Hamill said. “We have a long runway for growth, and I am humbled and excited to join this great team.”

Prior to joining LP, Hamill worked for an industrial design engineering firm, as a Regional Manager; a consulting firm, as a design engineer and project manager for the automotive, oil and gas, and manufacturing industries; and Michelin, the second-largest tire manufacturer in the world, as a plant engineer. He also spent several years in Indonesia and Scotland, working as a project manager on composite board plant design and construction in both countries. He holds a Bachelor of Science in Electrical Engineering from the University of New Brunswick.