Canadian homeowners surveyed on past and future home improvement spending

HomeStars, Canada’s largest online marketplace connecting homeowners with trusted home service professionals, released its first ever Reno Report, which takes a deep dive into repair and renovation activity across the country. The survey, conducted in April with over 1,000 Canadian homeowners, revealed a number of key home improvement trends across four generations; Millennials, Generation X, Baby Boomers and the Silent Generation.

The first notable trend is that overall Canadians are staying put and choosing not to move. With home sales flat, according to a June 2019 report from the Canadian Real Estate Association (CREA), and the uncertainty of a Federal election on the horizon, more Canadians are opting to renovate the home they’re in, rather than make a move. In fact, only 9% of Canadian homeowners are considering selling in the next 12 months. 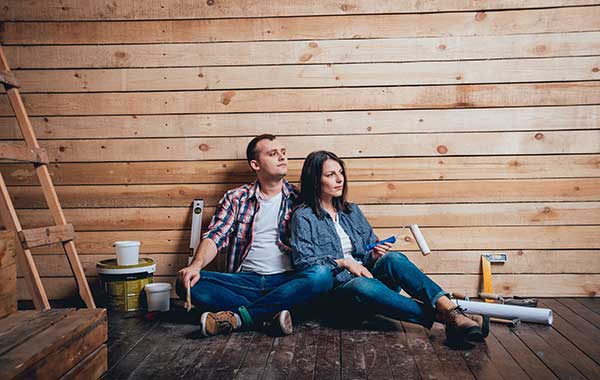 A look at spending over the last 12 months by province revealed that Alberta was the province with the highest percentage of renovations over $50,000. The higher spend in Alberta may be attributed to the devastating fire in Fort McMurray which resulted in a boost to renovations and repairs on homes in that area, with many projects still underway this year.

Canadians were doing both renovations and repairs in the last year:

Homeowner hiring confidence is high, with almost three quarters of Canadians confident they were charged a fair price for recent major home projects. The Reno Report survey confirmed that over 88 per cent of Canadians will conduct research on pricing before hiring a home service professional for a major project. To help Canadian homeowners make better hiring decisions, there are 300,000 Canadian home service pros on HomeStars and over 8,000 new reviews added each month.

The HomeStars Reno Report points to a very healthy home improvement industry in the country, especially with more Boomers retiring and Millennials and Generation X increasing the size of their households.

For a copy of the full report, including costs on the most popular home projects, click here.

More than 1,000 Canadian homeowners were surveyed online between April 13 and 30, 2019. Respondents were either the sole or joint decision maker of the household and had completed at least one home project in the past year.

The sample was representative of the Canadian Census age groups:

HomeStars is Canada’s largest online marketplace connecting homeowners with trusted home service professionals. In 2018, eight million homeowners visited HomeStars looking for a pro for their next home improvement project. HomeStars was created in 2006 to help homeowners make better hiring decisions. HomeStars, an ANGI Homeservices company, is part of a global network of home improvement marketplaces in Europe, the UK and the US, including Angie’s List and HomeAdvisor.