Brit David Roberts is building a business – and family – in the B.C. mountains. 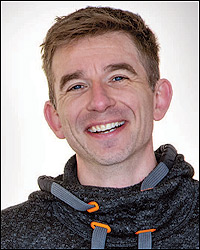 More often than not, a contractor gets into the business because a family member was in the trades; say their father, an uncle, or even granddad before that. But that wasn’t the case for David Roberts, owner of Altitude Plumbing and Heating in Sun Peaks, B.C.

After a stint working at U.K.-based luxury car maker Land Rover in his mid-20s, Roberts decided on a career change and went to a local trade school and completed an apprenticeship. “I’m glad I chose plumbing, as it gave me the opportunity to learn a skill that would provide me a lifelong employment.”

While on holiday, the Brit met his future wife, Rachel. Eventually they ended up in Vancouver – Roberts emigrated on a work-sponsored skilled trades visa, before settling in Sun Peaks, a Mountain Resort Municipality with a full-time population of 616 according to the 2016 Census, located about 400 km northeast of Vancouver.

“Living in such a small community we have to provide a large range of services,” says Roberts. On the residential side, his workload includes home and recreational property renovations, new construction, boiler installations, radiant in-floor heating, annual maintenance programs, and 24-hour emergency services. The company’s service area stretches as far as Kamloops, about 50 km away.

“Our first custom home and first new build as a company was possibly our most daunting project, with 4.5 custom bathrooms, full radiant floor heating, along with snow melt on the driveway and deck; it certainly led to a few interesting few months,” says Roberts. “We are always trying to evolve and learn new things every day, there is a lot of time spent keeping up to date with the latest products.” 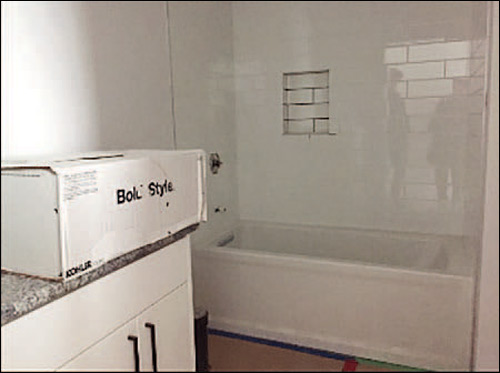 On the commercial side, he does emergency repair and maintenance work for some of the hotels and other businesses that support the local tourism industry, and recently worked on a commercial/residential development where Altitude did the plumbing for a deli, bar, and cafe.

“I have a background in service, so I enjoy resolving people’s issues and the problem-solving involved,” says Roberts, who also serves as a volunteer firefighter.

While in many ways idyllic, the remote location and small population make it particularly challenging for Altitude to find quality employees. “We definite experience difficulty finding skilled staff. We live in a beautiful resort community; but as a small business we want to find the right fit for the company, our customers, and flexibility for the work we do. You also need to love the outdoors, winter sports, and be hardy enough to rough-in a house at -30.” 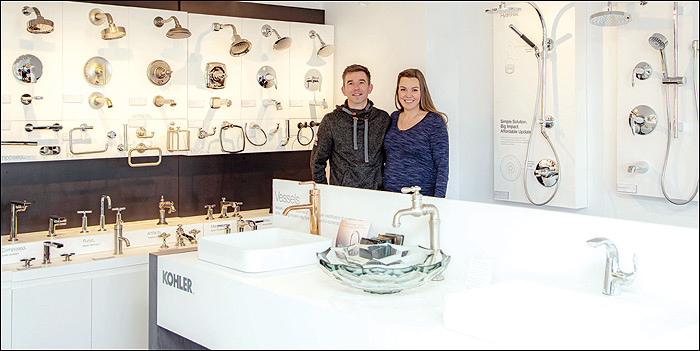 After starting off as a one-man shop, he now has three trucks on the road. Make that four – earlier this year Roberts was excited to learn that he’d won the grand prize in Kohler Canada’s “Win. Rinse. Repeat” contest, a 2019 Chevrolet Silverado 1500 Double Cab Custom Trail Boss. “I don’t think I’ve ever won anything in my life,” says an excited Roberts.

His prize package also came with a bunch of Manchester United Football Club paraphernalia (Kohler is a Principal Partner of the hugely popular soccer team and the Kohler logo features prominently on the sleeve of the players’ jerseys), though we doubt that Roberts, a Birmingham City FC fan was as impressed with those items…. 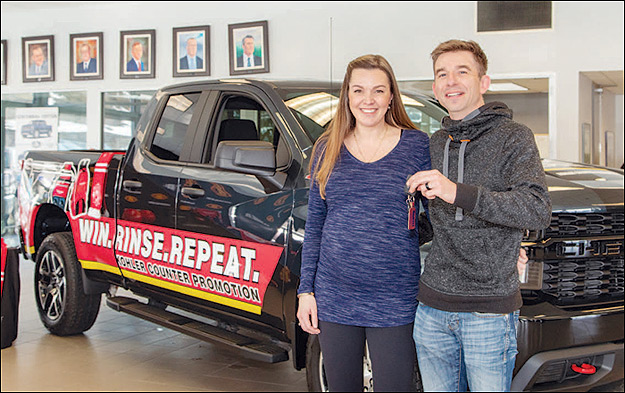 Keys please: David and Rachel Roberts with the 2019 Chevy Silverado they won in a contest held by Kohler Canada.

The timing couldn’t have been better. Rachel, who joined the company last summer as part-time office manager, is expecting the couple’s first child, due around the time this magazine lands in your mailbox, and they were actually in the market for a new vehicle.

Even before winning the contest, Roberts was a big fan of both Kohler and his local Emco distributor, the Emco Ensuite Showroom in Kamloops. (The contest ran through Emco outlets nationwide.) He’s currently building his own home and is installing Kohler products throughout.

“Choosing a plumbing brand and understanding the value of their customer service is similar to insurance: you never know how good it is until you need it,” says Roberts. “Kohler’s support is absolutely fantastic. It’s over and above what I’ve experienced with other manufacturers. We support Kohler because Kohler makes our lives so much easier.”