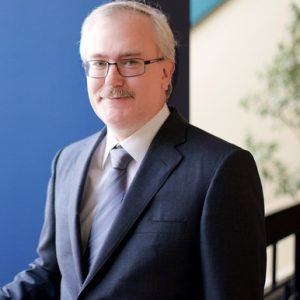 Over the last 20 years in Canada, housing supply has not responded to demand, especially in some of the country’s large urban areas, resulting in the loss of affordability. Canada Mortgage and Housing Corporation’s aspiration is that by 2030 everyone in Canada has a home they can afford and meets their needs. Understanding and addressing Canada’s housing affordability challenge is integral to meeting this challenge.

CMHC’s report, Canada’s Housing Supply Shortages: Estimating what is needed to solve Canada’s housing affordability crisis by 2030, takes initial steps to estimate how much additional housing supply is required to restore affordability by 2030. The report looks at the housing supply gap relative to the state of housing affordability for the entire housing system, with particular focus on the four largest provinces of Ontario, Quebec, British Columbia, and Alberta, while providing results for all ten provinces.

This analysis looks at the problem caused by the lack of housing supply but does not seek to address all the complex issues that impact housing affordability. Alternative approaches to curb demand are not explored in this report. This is just one of several reports that we will be publishing in the future to deepen our understanding and close our knowledge gaps on Canada’s housing affordability issues.

•  We project that if current rates of new construction continue, the housing stock will increase by 2.3 million units between 2021 and 2030, reaching close to 19 million housing units by 2030. To restore affordability, we project Canada will need an additional 3.5 million units. That means that the housing stock would need to climb to over 22 million housing units by 2030 to achieve affordability for everyone living in Canada.

•  With Canadians’ demand for housing, increased housing supply in the rental and homeownership market is critical to achieving affordability. Delivering more housing supply, beyond predicted growth in the number of households, will enable better matching of households with the housing they want.

•  More housing units created in the housing market will create opportunities for households to move into housing that responds to their demands.  In addition, this ‘filtering process’ frees up housing to improve housing affordability over time.

•  Not all new housing units need to be new construction as there are alternative approaches to housing supply. Increased co-living arrangements and redeveloping existing residential, commercial, and industrial properties are examples.

•  Two-thirds of this housing supply gap is found in Ontario and British Columbia, as these provinces have faced large declines in affordability in recent years. Additional supply would also be required in Quebec, as affordability in the province has declined markedly over the last few years.

“The scale of the challenge identified in this report is more important than the exact number of housing units required. Canada’s approach to housing supply needs to be rethought and done differently. There must be a drastic transformation of the housing sector, including government policies and processes, and an ‘all-hands-on-deck’ approach to increasing the supply of housing to meet demand.”