The province of Ontario under Liberal Premiere Kathleen Wynne has proposed legislation that would permit Ontario municipalities to mandate affordable housing in new developments, allowing those municipalities to require that developers provide a certain amount of ‘affordable’ housing in order to be approved.

Greg Suttor, a housing researcher with the Wellesley Institute claims this is a small but worthwhile step that allows Ontario to catch up with other jurisdictions in Canada. He suggests that it is not healthy for new developments to be focussed solely on certain higher income buyers, and therefore developers must be forced if necessary to provide a mix of housing that will appeal to lower levels of income.

Similar initiatives in the USA have come under criticism
Co-incidental to this is news from New York City, which just tabled legislation (to be approved next week) requiring prospective developers to provide up to 30% of units as low rent housing for the neighborhood’s poorest residents alongside their planned developments in high density areas of the City. While lauded by public housing officials, the plan has come under criticism from business groups. They feel that forcing developers to provide such high levels of low-cost housing at significantly below-market rates without subsidies from other sources will in fact result fewer developments overall.

The OHBA strikes back
The Ontario Home Builders’ Association (OHBA) also takes issue with this proposed provincial legislation, particularly if it comes without any financial support from government.

“We all know that nothing comes for free. Creating more affordable housing units should not come at the expense of housing affordability. Requiring free housing units as part of a new community approval is just another way to have new neighbours cover the bill as the cost of their new home goes up to pay for these new units” commented Joe Vaccaro, CEO of the Ontario Home Builders’ Association (OHBA). 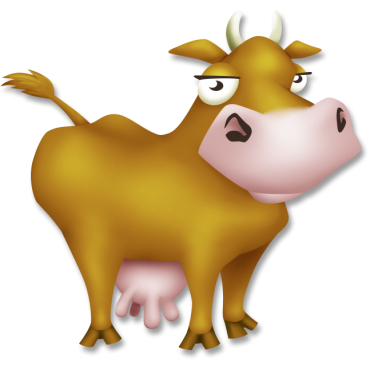 The Ontario Liberal government may be under the impression that the province’s housing industry is a fat cow, ready to be milked again

Vaccaro continued, “Many people are quick to say that they can produce new housing units with no government money, but that’s because they are making everyone buying a new home pay the bill for them.”

The OHBA points to similar programmes in the United States wherein financial assistance in mixed income developments help ensure that housing affordability is not undermined in order to achieve the larger philosophical good of providing low cost housing. Specifically, New York City just tabled legislation (to be approved next week) that will see prospective developers forced to provide up to 30% mixed income rental housing for the neighborhood’s poorest residents alongside their planned developments in high density areas of the City.

When will these charges and policy impositions end?
“All levels of government talk about affordability as a priority as they pile on new taxes, charges and process to Ontario’s new neighbours” said Vaccaro. “If governments are serious about making housing more affordable then the new power cannot be an add on to existing Section 37, development charges, parkland fees and outdated parking and zoning standards.”

The Liberals currently entrenched at Queen’s Park may be under the impression that since the home building industry appears to be in better economic shape than others, it is fat cow to be milked endlessly.