Still crazy after all these years: Canada’s ever-expanding housing market

Contractors planning for the future should read the macro trends

The steady rise in the Canadian housing market as measured in terms of prices for existing homes is predicted to continue, if the experts are to be believed. That could be good news for both the residential building and renovation industry.

Re-sale home prices on the rise again
Prices for homes rose 4.1 per cent May to June this year according to the Canadian Real Estate Association (CREA), despite being down a bit on a year-over-year basis. That’s not a bad adjustment to the new mortgage stress tests and interest rates introduced in the last 12 months. It also shows that the supply to demand ratio for housing continues to be favourable for current owners on a nationwide basis. 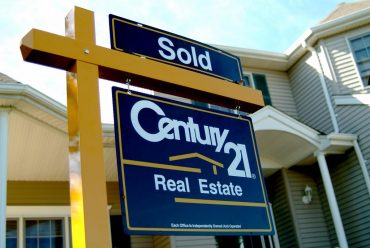 Home resale prices are showing resilience, even after mortgage tightening moves by the federal government

In a story on the Canadian residential market published this week in the Globe and Mail, U.S. bank JP Morgan Chase reported that, “Thus far, the market has appeared to absorb these changes well, showing some desired cooling in prices and sales, without severe disruptions in construction activity. Housing starts and permits both jumped in their most recent releases, and while these monthly data can be choppy, neither series shows any sign of an alarming decline in its trend.”

Good news for builders and renovators
This opinion matters on two counts. First, it means Canadians still believe in purchasing their own home — great news for building prospects going forward. It also means that homeowner confidence to borrow for renovations of an existing home will likely continue given the stability of market values, even with small increases in interest rates for lines of credit. If owners view renovations as adding even more value to their home when the time comes to put it on the market, that’s great news for renovators.

Is a housing bubble and crash possible?
The JP Morgan report also looked at global markets for homes, compiling data on income, price growth, rental costs, household debt-to-GDP ratios and more among five countries including Canada. They were looking for warning signs of any bubbles and potential corrections. Overall, the bank concluded that compared to the countries in the data survey (Australia, New Zealand, Norway and Sweden), we’re in the middle — not too hot, not too cold.

“In general, the models find that years-long run-ups in house prices and household debt make a housing correction more likely, but still far from inevitable,” said the authors of the JPMorgan study: Henry St. John, Jesse Edgerton, Raphael Brun-Aguerre and Silvana Dimino. “For example, many countries saw large increases in prices and debt between the years 2000 and 2006, but only some of the countries — like the U.S., Spain and Ireland — experienced a subsequent correction. Others, like Australia, Canada, New Zealand, Norway and Sweden, saw housing markets continue rising with relatively little disruption.” 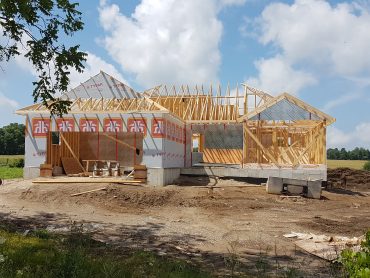 The Canadian dream of home ownership is strong and has ‘legs,’ according to the experts
(photo: John Bleasby)

Good news for existing owners; not so much for new purchasers
However, for those wanting to enter housing market, the story is not rosy. While current homeowners may like to see prices rise, those looking to enter the market can’t be pleased with the 4.1 per cent price increase reported by CREA. According to a Royal Bank of Canada (RBC) report described in another Globe and Mail report , mortgage rate increases expected this fall will add to the challenges faced by new purchasers.

This is particularly true in Vancouver and Toronto, where RBC calculates it take 87.8 per cent and 74.2 percent of after tax income respectively to cover ownership costs such as mortgage, taxes as utilities.  Even Victoria saw a dramatic increase in income requirements to 62.7 percent. On the flip side, the report calculates that Maritime cities like Saint John, NB, Halifax NS, and St. John’s NL, require the lowest after tax income level. The average across Canada came in at 48.4 per cent.

Some owners can’t afford to move
On a nationwide basis, this leads some experts to suggest that owners in some markets may be reluctant to sell because they can’t afford their next house. This reduction in supply pushes prices higher, thus magnifying the situation, a suggestion reinforced by RBC chief economist Craig Wright and senior economist Robert Hogue when they looked at Victoria, BC. ‘“Contrary to basic rules of economics, the sharp run-up in prices didn’t entice sellers as listings fell 22 per cent [in Victoria],” said Mr. Wright and Mr. Hogue: “It could be that current owners simply can’t afford to sell given how expensive their next housing options are.”’

Will your future clients Love it or List it?
As a contractor, the conclusion from all this data and crystal ball reading might be that while many will build or buy a new house, renovations will continue to be strong if owners choose to improve rather than replace their current home. Call it the “Love it or List It” conundrum. No analyst predictions are ever perfect. However, considered reading of macro reports like these could help forward-thinking contractors develop their company’s path forward for the next few years based on their market’s characteristics if, in fact, these overall trends continue.