The future is plastics 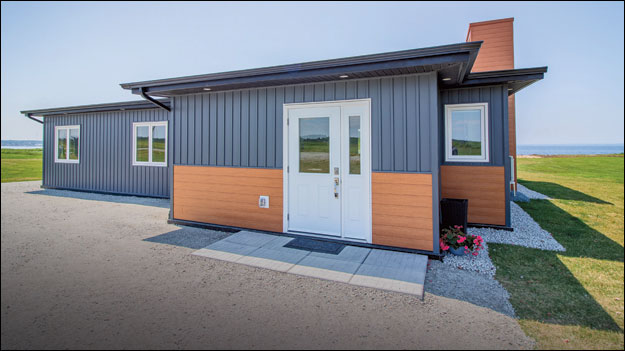 Sometimes, it’s best not to tell others what you’re working on. Otherwise, they’ll say it can’t be done. So, when David Saulnier and Joel German, co-founders of Nova Scotia–based JD Composites, came up with the idea to design and build a modular home using 100 percent recycled polyethylene terephthalate (PET) mouldings – a first for homebuilders – they kept it under wraps. 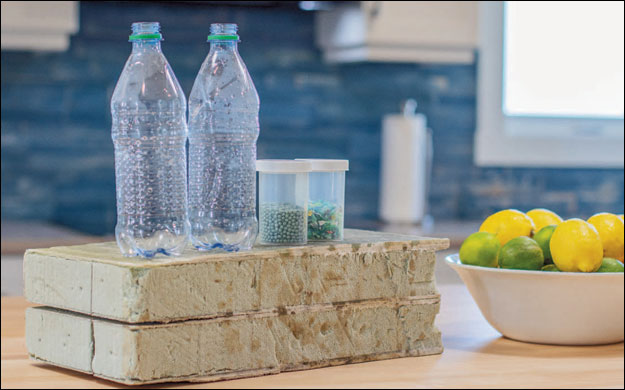 “We called it Area 51,” says Saulnier. “By the time we told people, it was already built, so nobody had a chance to say we were crazy. They could see the proof before their very eyes.”

Finished in June 2019, the 1,800-sq.-ft. home, built on a 1.46-acre swath of land along Nova Scotia’s southwest shore, has attracted worldwide attention, from Popular Mechanics and CBC coverage, to the mayor of Texan city Corpus Christi, who, like many others, is interested in the house for its unparalleled efficiency and resistance to mould, mildew, and hurricane-strength winds.

But while PET composites are relatively new to homebuilding, the composite has a long history in aerospace, insulation, and the boat-building industry that Saulnier comes from. “I’m a huge fan of sandwich construction because of its weight-to-strength ratio,” says Saulnier, referring to composite materials made by fabricating two stiff skins to a lightweight but thick core. Imagine the seaworthy strength of a lightweight fibreglass boat, and you get the idea. If PET-based composites are good enough for space and sea, why not land? 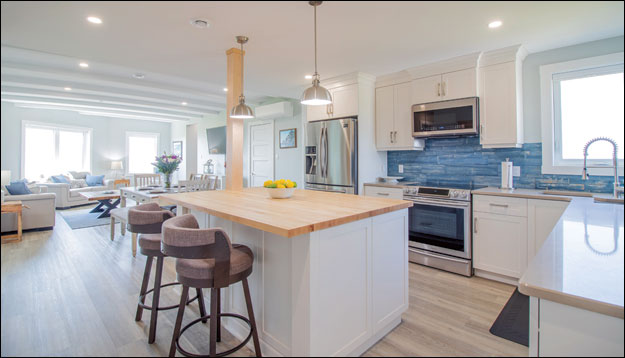 “We knew it would work,” says Saulnier, who designed the home so that the entire exterior shell was made from the composite, so that it’s basically one solid shell. “Just imagine a single piece of Lego attached to a concrete slab. You’re not going to destroy it with kinetic energy. It’s one piece.” The inorganic material is also impermeable to water and UV damage, which means you don’t need shingles. “It’s probably the best roofing solution you’ll find. Have you ever seen shingles on a boat? Never.” On its own, PET foam is resistant to mould and rot, but by combining the material with fibreglass, they created a product with superior resistance and strength – not to mention extreme energy efficiency. With no thermal break in the walls or roof, the house achieves an R-value of 30. “We’re looking at somewhere between $60,000 to $100,000 in energy savings,” says Saulnier.

And then there’s the acoustics. “The house is right on the ocean, and during very heavy storms you don’t hear anything. I thought it would be the other way around,” says Saulnier. 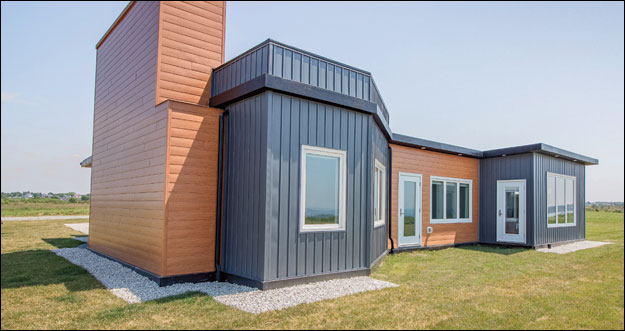 More than the building benefits, their solution creates a new way to reuse plastic. Indeed, more than 600,000 plastic water bottles went into making the panels. Consider there’s a million bottles of water sold every minute. “What we did was a 30-second solution. But imagine 10,000 homes built using a half-million bottles per home, and suddenly you’re making a serious dent in the amount of waste,” says Saulnier.

Now that the house has proven its quality, Saulnier is hopeful the technology will move into bigger builds. “My hope is that some big engineering firm can take the technology and do something big with it,” he says. “We’d love to see a development where every home is made using 100 percent recycled PET panels.” 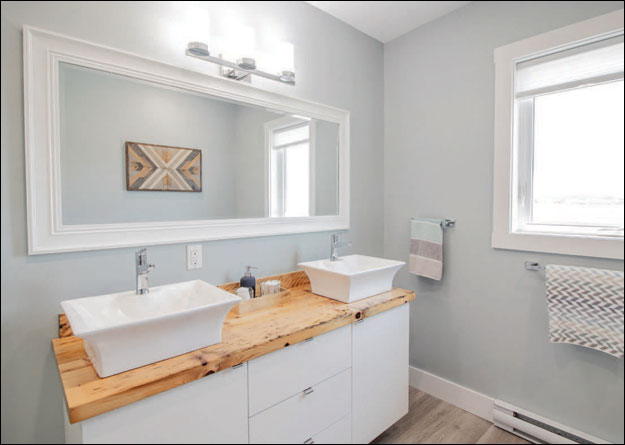 In the meantime, JD Composites is busy designing a second house, while also working on projects ranging from commercial bathrooms to hunting sheds. “We’re not really a construction company,” says Saulnier, who is adamant he’s not out to knock conventional construction techniques. “We’re innovators that built something that was perhaps a little ahead of the curve.”