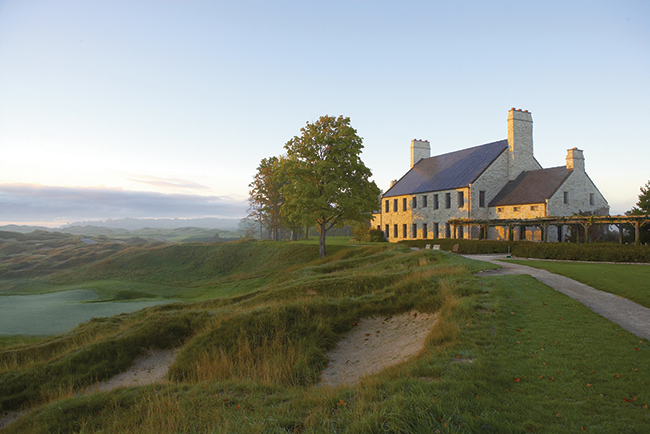 Kohler, Wisc., a charming, historic village with about 2,000 permanent residents is the epitome of a company town. Originally called Riverside for its site along the Sheboygan River, it was officially rechristened the Village of Kohler in 1912.

Kohler the company was founded in 1873 by Austrian immigrant John Michael Kohler. The firm started off making cast-iron farm implements, fences, benches, and even crosses for cemeteries. 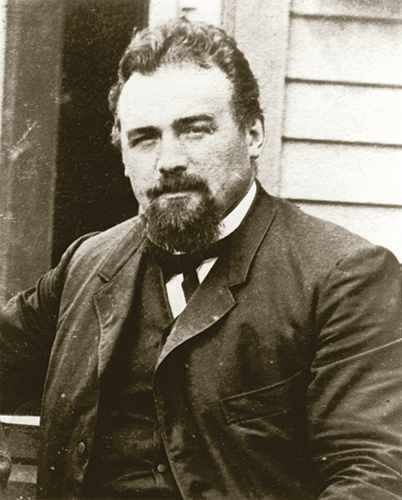 Kohler segued into plumbing in 1883 when the founder enameled the inside of a horse trough, added four cast iron legs, and sold it to a farmer as a bathtub. (As company lore has it, he traded the tub for one cow and 14 chickens.)

As the company has grown, so has the founding family’s role in and connection to its adopted home state. Two Kohler descendants, Walter J. Kohler, Sr., and Walter J. Kohler, Jr., served as the 26th and 33rd governors of Wisconsin. Today, the fourth-generation, family owned company is headed by John Michael’s great-grandson, David Kohler, who serves as president and CEO. David’s sister, Laura Kohler, is the company’s Senior Vice President of Human Resources, Stewardship, and Sustainability.

While central figures in the community, employees are fond of sharing stories about lining up at the local coffee shop with Kohler family members, and employees are so passionate about the company that many retirees lead guided factory tours during the week.

Over the years, the company’s product line expanded exponentially, including a wide array of toilets, faucets, sinks, bathtubs, showers, interior décor items, and beyond. In addition to a line of generators and small engines, the Kohler foundry produces parts for other large manufacturers including Ford and Caterpillar.

In 2017, then CEO Herb Kohler even launched Kohler Original Recipe Chocolates. Visitors can buy these artisanal chocolates from a charming shop in the village. Those looking for something with a little more kick can also pick up a bottle of Kohler Dark Chocolate Brandy.

One must-see stop on a visit to the town of Kohler is the Kohler Design Center. This 36,000-sq.ft. facility features thousands of displays of Kohler kitchen and bathroom products, including working showers and water-filled soaker tubs. The upper level features a series of inspirational “Designer Vignettes,” with rooms designed and decorated by well-known designers. Styles range from the Copper Cottage kitchen design by Kim Lewis, to Barococo Futurism a bathroom designed by Jonathan Adler that’s equal parts 18th-century late Baroque styling and Stanley Kubrick’s 2001: A Space Odyssey.

The basement level of the Design Center houses the Kohler Museum, allowing visitors to walk through the company’s earliest days making cast-iron products to the many innovations that Kohler has introduced in its history. Kohler celebrated its 145th anniversary in 2018.

Like most large North American industrial companies, Kohler did its part for the war effort during World War II, producing everything from shell casings to generators. Later, the company produced precision valves used in the Apollo space program. Some of that space age technology seems to have made its way into the current product lineup, including the futuristic Numi 2.0 toilet, with heated seats, Bluetooth connectivity, and self-sterilization.

Sports fans will want to make a pit stop for a selfie in a replica of Manchester United’s locker room. Kohler is an official sponsor of the globally renowned soccer club. When visiting town, where better to stay than the company’s own American Club hotel? The American Club was built in 1918 as living quarters for immigrant labourers brought over from Europe. But don’t mistake it for some squatters’ quarters. From day one the facility housed a pub, bowling alley, and a barbershop for workers. Since 1981 it’s operated as a boutique hotel, the only five diamond-certified hotel in the U.S. Midwest.

Some of the many dining options around town range from casual comfort food next to a massive fieldstone fireplace in the Blackwolf Run Restaurant, overlooking the 18th hole greens of the site’s two golf courses, to the four-star Immigrant Restaurant in the American Club where jackets are required “for gentlemen.”

With not one but two PGA-certified golf courses, Kohler is a holiday destination even for those with no interest in the latest designer fixtures. Blackwolf Run features two 18-hole courses and was named “Best New Public Course” in the country by Golf Digest when it opened in 1988. Nearby Whistling Straits also has two 18-hole courses, laid out on a 560-acre site along the Lake Michigan shore. Having already hosted the 2010 and 2015 PGA Championships, in 2020, The Straits course will host the Ryder Cup. Fore!