The sky is not falling on Alberta’s housing and renovation markets, despite what the national media wants you to believe

When it comes to the housing market in western Canada these days, it’s hard sometimes to make sense of the various year-over-year statistical claims in the headlines. There are undoubtedly changes occurring within the economies of both Alberta and Saskatchewan. However as Wendy Jabusch, President of the Canadian Home Builders’ Association-Calgary Region explains “We’re accustomed to dealing with the ups and downs of market cycles. I would characterise 2015 to date as ‘stable’, a good normal year.” 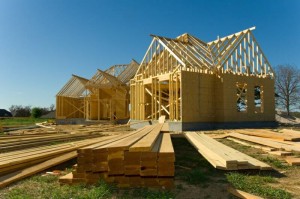 Is Alberta’s housing market a glass half-full, or half-empty? It depends on how you read the numbers.

The difficulty in separating on-the-ground-realities from the media headline frenzy is that there is often a misunderstanding of how a “Housing Start” impacts employment and sales activity over time. As Ms. Jabusch observes, a building ‘start’ for a multi-family dwelling or apartment triggers a project that will employ trades for many months, even years, into the future.

Statistics are misleading without context
In addition, there is potential for statistical distortion. Both Alberta and Saskatchewan experienced record residential building activity in 2014, making a comparison of ‘starts’ in June 2014 (for example) versus those of June 2015 misleading. Ms. Jabusch explains that year-over-year comparisons can confuse a large spike in numbers with a trend. “Year-over-year numbers are a quick temperature gauge for high-level activity, but you need a more detailed analysis, especially when coming off a record year.”

The key will be what follows the high levels of home and renovation activity that commenced in 2014 and continues into 2015.  “Certainly the drop in oil prices has had a dramatic impact on our market since last year” explains Ms. Jabusch. “The uncertainty surrounding our economy is affecting consumer confidence, but ultimately people are still living their lives and making their plans,  perhaps taking more time before making big purchases like a new home major renovation. However, they are still making those decisions and moving forward.”

Unemployment varies by sector
Unemployment numbers also being quoted in the media suggest that Alberta in particular is suffering a massive increase in unemployment. It is important to note, however, that Alberta has enjoyed significantly lower unemployment than the rest of the country for some time. In fact, there’s been a well-documented labour shortage that, until lately, has resulted in labour migration from other parts of Canada. In any case, the majority of recent layoffs appear to centre on the oil sector specifically.

“Generally, our builders (both new home and renovators) have been able to maintain staff levels, with a low level of layoffs. It is still difficult to find trained and qualified tradespeople” says Ms. Jabusch. “The most common approach we have seen here is that as natural staff attrition occurs, there is some delay in re-hiring. Companies tend to hold on to their valuable staff.”

Confident in Alberta’s future
Ms. Jabusch agrees that over time, pent-up demand will increase. It’s a matter of consumer confidence.

“The other factor is that Calgary does not have a mix of lots that we would consider ideal, small starter lots up to the large estate lots. New developments coming on stream and offering some geographic diversity should trigger some new activity. In addition, our association is working very closely with the City of Calgary right now, with great initiatives coming on in terms of cutting red tape, eliminating redundant processes and other things that add cost but not value.”