Despite rejection, company is “weighing its options” for future action

It’s an unusual approach when asking for tariff protection but not entirely without precedent. It’s called the “retardation” strategy, a term used when describing a production initiative that cannot proceed due to dumping. However, as the CITT said in its Determination and Reasoning issued this month, “There has not been a material retardation finding in Canada since 1972.”

That’s not to say that CertainTeed arguments fell on unsympathetic ears in Ottawa. In a “retardation” claim like CertainTeed was making, the CITT stated that, “The standard of evidence … is lower [and] will be read generously.” Nevertheless, despite their open mind to CTG’s arguments, the CITT pretty much rejected most of the company’s arguments. 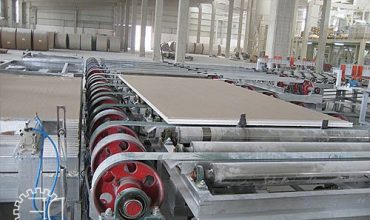 Lots of promises, but no commitment from CTG’s French masters to invest
The fact that CTG isn’t currently producing 54-inch wide board in Canada was an obstacle from the outset, compounded further when the company was vague about its commitments to any future production. CertainTeed did submit a preliminary business case for 54-inch wide board production in its request for tariff protection. However, despite the engineering, site assessment and feasibility reports, the CITT was not convinced of parent company Saint-Gobain’s seriousness about going ahead, or when that would even take place.

“The Tribunal should not extend anti-dumping protection unless there will be some production to protect in the near future,” the CITT said. “By its own admission, CTG is not yet in position to assure the Tribunal that it will proceed to establish domestic production and that it will do so in the near future. Indeed, in a forthright and key admission, CTG explicitly states that the necessary capital spending has not been approved and that CTG will not even formally request capital authorization from its parent company without anti-dumping duties in place. This is because, without such protection, CTG’s proposed expansion into the production and sales of like goods is not seen as producing the necessary rate of return required by its parent company.”

Damage to Canadian end users in advance of production is unthinkable
There was also the issue of the time lag between the imposition of any protective tariffs and the start of CertainTeed’s vaguely-promised production. The disruption and resultant price increases from tariffs impacting the marketplace, put on the backs of consumers and end users in Western Canada, might be considerable, and could potentially cause a strong industry backlash which in turn could result in public hearings.

Hello! Canada is still a free market economy, open to price competition!
CTG wanted tariffs on imported 54-inch wide drywall set at a level that would ensure Saint-Gobain’s own internal rates of return. However, asking for tariff protection to meet corporate internal rates of return was problematic for the CITT. “Should prices not rise to levels required by CTG for any reason, the Tribunal does not view it as likely that production will be commenced,” the CITT said. “The Tribunal is left with no assurance that any capital outlays for the necessary production facilities have been or will be approved.” Applying tariffs would, therefore, place the CITT in the uncomfortable position of being a co-conspirator in rigging an internal rate of return that satisfies a foreign company’s profit objectives — Canada still operates a free market economy, after all!  “Linking retardation to a particular [rate of return] threshold is admitting that the commitment [by CTG] is not conditional upon the presence of dumped goods but rather upon the presence of a particular level of market pricing,” the CITT concluded.

CITT openly questions CertainTeed’s true motives
The report goes even further, questioning the true motives behind CTG’s request in the first place. “While CTG’s parent (like any investor) is entitled to consider a particular rate of return as being a minimum for proceeding with a project, this cannot form the basis for a finding of retardation or injury by the Tribunal. It raises the question, however, as to whether the complaint truly relates to the establishment of 54-inch board production rather than on strengthening the protection for 48-inch board regional production.” 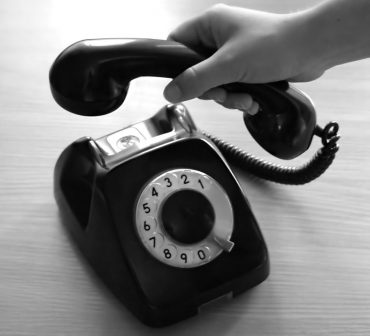 CertainTeed Gypsum Canada would not come to the phone to talk to us. They issued a simple news release instead.

Market pricing is subject to several variables
Establishing the extent of damage to, or “retardation” of, production initiatives is contingent upon confirmed product pricing. This was also problematic for the CITT due the nature of the market itself. “Average net delivered selling prices from imports to the customer cannot be discerned.” The CITT notes that even CTG gets into the act by discounting its own considerable import volumes into Western Canada from its U.S. counterpart.

As a result, the CITT could only come up with one conclusion. “It is apparent that the exact selling prices in this industry can vary by seller, purchaser (based on trade level and volume) and time of year. Accordingly, whether competitors’ prices are above or below CTG’s price, and by how much, is largely unknown.”

CertainTeed is determinedly silent about its future course
True its behavior in the past, CertainTeed Gypsum Canada refused Canadian Contractor’s repeated requests to question management about its future intentions. Instead, we were supplied a brief statement quoting Richard Juggery, CEO CertainTeed Canada, that said in part, “We continue to believe we have a strong case that will restore free and fair trade and create and maintain jobs in Western Canada. CertainTeed is currently weighing its options on next steps in this matter.”