For most homebuilders, this week's budget was more sizzle than steak

The 2019 federal budget presented by Finance Minister Bill Morneau on Tuesday hoped to address two key issues facing the residential building industry in Canada: affordability and supply. The question is, did it actually do either?

Affordability, or simply more debt?
At a time of widespread economic concern over rising household debt levels, it is curious to see the budget encourage more borrowing of one sort or another. “Budget 2019 proposes to increase the Home Buyers’ Plan withdrawal limit from $25,000 to $35,000, providing first-time home buyers with greater access to their Registered Retirement Savings Plan savings to buy a home,” the Finance Ministry statement says. This is simply another way of telling millennials to, “rob Peter in order to pay Paul.” Saving for an RRSP is hard enough. What the government proposes is that young savers consider pillaging their future retirement savings even more than before in order to buy a home. That money does have to be repaid over time, by the way.

At first glance, that sounds wonderful. In fact, it sounds like money for nothing! The devil is in the details, though. “The Incentive would be available to first-time home buyers with household incomes under $120,000 per year. At the same time, participants’ insured mortgage and the Incentive amount cannot be greater than four times the participants’ annual household incomes.” In other words, the program is capped at $48,000, less if the household earns less than $120,000. If the home exceeds $480,000, you’re on your own in terms of financing the balance. If the household income is, say, $150,000, you’re out of luck entirely. Furthermore, with the CMHC as a partner in a new home, the homeowner’s equity is reduced, and repayment of the CMHC’s portion is due when the home is ultimately sold.

The overriding question is; how do these measures address affordability in major urban centres? Seen many house selling for under $500,000 in Toronto or Vancouver recently? Some commentators feel that rather than addressing affordability, the proposals may actually stoke demand and increase prices in the face of restricted supply, at least in the near term — the government expects 100,000 Canadians to take advantage of these programs.

Supply side delays are inevitable
Contractors and builders recognize some basic economic realities — increased demand means increased prices. Without an increase in supply, how can this be a better new world for first time buyers? The 2019 budget attempts to address this with a number of initiatives to boost construction.

First off, “Budget 2019 proposes to help build 42,500 new housing units across Canada, with a particular focus in areas of low rental supply, through an expanded Rental Construction Financing Initiative. Budget 2019 makes available an additional $10 billion in financing over nine years, extending the program until 2027–28.”

That’s great, but isn’t the government trying to boost home ownership, not rental? Where are the rebates on building materials, and reductions in sales taxes on building supplies and other actual building cost inputs?

Open up the approval processes
The budget also seeks to, “Invite communities and other groups to propose initiatives that break down barriers limiting new housing. This new Housing Supply Challenge will run through the Impact Canada Initiative, with funding of $300 million.”

Certainly working with municipalities to free up land and zoning restrictions would greatly help supply. However, Casey Edge, Executive Director of the Victoria Residential Builder Association (VRBA), sees the issue as more complex and the government’s solution likely ineffective. “These barriers are rooted in poor regional planning, high costs, slow approvals, and community opposition to more density, all of which require stronger measures to resolve,” he told Canadian Contractor. It requires a long term strategy that will not result in much progress for a few years, as the timeline offered in the budget suggests.

More strategy meetings
And finally, the 2019 budget will, “Get the best advice to increase housing supply that meets Canadians’ needs by supporting the recently announced Expert Panel on the Future of Housing Supply and Affordability, jointly established by the Government and the Province of British Columbia. CMHC will invest $4 million over two years to support the Panel’s work, and $5 million over two years for state-of-the-art housing supply modelling and related data collection.” In other words, more meetings. 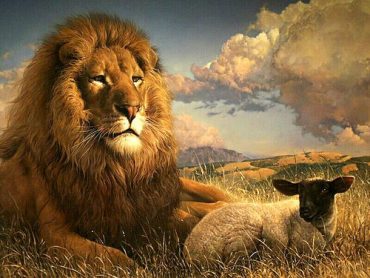 The budget’s home ownership proposals come in like a lion, but upon analysis may go out like a lamb

Good politics, but not necessarily good policy
As some commentators suggest, the proposal is bullet-proof politically. After all, who would argue against measures promoting increased home ownership? Yet, they represent only a partial solution to a large and complex problem.

More importantly, what are the costs economically? Rising prices caused by increased demand, particularly for lower priced homes, might quickly negate the government’s calculations of monthly mortgage savings available through their proposals. In fact, the increased borrowing promoted under these various schemes appears to conflict with some of the government’s recent market-cooling strategies, like mortgage stress tests.

The damage has already occurred. According to the VRBA’s Casey Edge, “The government’s stress test, designed to limit demand, eliminated so many buyers from the market that the Canadian economy was adversely impacted.” Statistics appear to support Edge. A CHBA survey of members across Canada found, “the number of first-time home buyers fell by one-third between 2017 and 2018, and 95% of members who responded reported that the stress test was the number one issue affecting buyers and sales.” Reports further suggest that the government’s previous cooling strategies may have, in part, resulted in a 5.8% drop in the average Canadian house price this past February, the lowest level in more than six years, according to the Canadian Real Estate Association. It may get worse before it gets better. An Altus Group report further suggests that rising mortgage rates and stress test requirements will cause a projected drop of 3.7% in new housing starts in 2019.

Band-aid solutions to a larger issue
“The government should have introduced stronger supply measures and simply increased amortization to 30 years to more effectively address affordability,” continued Edge. “Instead, their solution is a patch on a patch and introduces a government agency (CMHC) as a significant equity participant in a private property transaction with the buyer, seller and lender, adding another level of complication and potential unintended consequences.”

Not everyone is sour on the budgets potential impact on the residential building industry, however. In a media release, Ken Lee, CEO of the Canadian Home Builders Association (CHBA) said, “The First-Time Home Buyer Incentive, if coupled with immediate adjustments to the stress test, has the potential for getting the housing continuum functioning again.” At the same time, Lee expressed caution, adding, “It is essential that these changes come quickly though. Current restrictions on mortgage access mean that many millennials and new Canadians are seeing homeownership slipping away, and in many markets the economic impacts are substantial.”