Fixer Upper stars hit with $200,000 in fines and restitution

It’s great being television renovation celebrities, but you never know who’s watching your show. Turns out for Chip and Joanna Gaines of the popular show Fixer Upper, the Environmental Protection Agency (EPA) was among their many viewers. The federal agency alleged the couple’s company, Magnolia Homes, failed to follow proper lead paint remediation protocols at 33 properties shown over the course of their five-year television careers. As a result, their company has been ordered to pay $40,000 civil penalties and another $160,000 in restitution costs, “to abate lead-based paint hazards in homes or child-occupied facilities in their home town of Waco, Texas and area.” 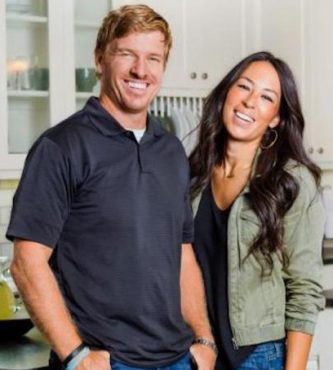 Chip and Joanna Gaines have made millions from their TV show Fixer Upper and numerous other enterprises.

Education of the public is part of the settlement
“Video footage of Magnolia’s renovations of older homes appearing in several seasons of ‘Fixer Upper’ reviewed by EPA did not depict the lead-safe work practices normally required,” said a statement issued Tuesday by the EPA.

The EPA first made contact with Magnolia Homes three years ago. A company spokesperson said Magnolia began to bring its practices into compliance with the Toxic Substances Control Act at that time. However, the video evidence of prior improper practices lived on.

In a statement given to People Magazine, the company said, “Magnolia Homes made the decision to implement a compliance management program in which it adopted an enhanced renovation record-keeping checklist for use by Magnolia Homes staff and subcontractors.”

The EPA also has called for Magnolia Homes to educate the public about lead-based paint hazards. Although Fixer Upper is no longer producing new episodes, Chip Gaines was tweeting out to renovators during the final season last March, looking for those who could properly deal with lead paint remediation and removal in an attempt to help the public connect. He is expected to create a short video about the dangers of lead.

TV celebrities need to set the highest standards
Standards are necessarily high for TV renovator and carpenter celebrities, given their reach and impact with the public. Some television celebrities — no names mentioned — have built lucrative careers slamming any builder and renovator who does not meet the celebrity’s standard of work. At the same time, it is incumbent on renovation and builder celebrities themselves use only the best practices. When a high profile couple like Chip and Joanna fail to do so and become embroiled in improper practices, they let the team down. 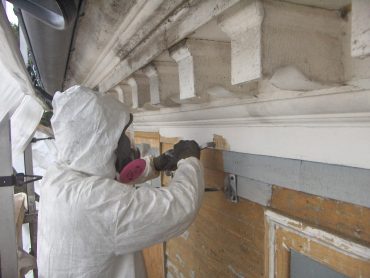 Chip and Joanna have a vast business empire
Chip’s and Joanna have done very well for themselves through their public enterprises. The couple are estimated to have a net worth in the neighborhood of $8 million according to CelebrityNetWorth.com. They were reportedly paid $30,000 per episode of Fixer Upper, plus an undisclosed fee from HGTV. Their empire also includes books, magazines, a real estate agency with offices in several Texas cities, retail outlets, home goods lines (including paint), a soon-to-open historic restaurant in Waco, TX, and a soon-to-open development that offers luxury rental properties $600 a night and up. Most businesses operate under the umbrella name Magnolia.

Lead paint remediation and removal is serious.
According to HealthLink BC, “there is no known safe level of lead exposure and no known safe blood lead concentration. However, as lead exposure increases, the range and severity of symptoms and effects also increases.” Lead paint is often found in homes built before 1960, and therefore is a renovation issue for many projects. Renovators should have a home tested if there is any question of lead paint having been used in the past. Even small amounts of lead were used in paints produced between 1960 and 1990. Today, any lead in excess of 0.009% must be labelled. It is advised that lead-free paint be used for interior work. Some exterior paints still contain lead but will carry a warning label.

Related
Renovators urgently needed for Ottawa fixer-upper
Home Depot U.S. investigated by the EPA over lead paint remediation
Picking the 3 Stars at DeWalt’s ‘Tough in the South’ extravaganza
Ontario's ESA fines another unlicensed electrician, warns public not to pay bills without Certificate of Inspection "in hand"