Is it time for industry regulation or more homeowner responsibility?

Every few weeks, almost like clockwork, major media outlets across the country publish stories of homeowners experiencing disastrous renovations. The latest to cross the desks at Canadian Contractor was published in the Globe & Mail Real Estate section on August 17. “Renovation nightmare: Lack of quality contractors leaves Toronto homeowners in a bind”, the headline blared. It reads like a car crash, and the public feeds on that type of thing unfortunately. While the story may have sent shudders down the spines of anyone considering a renovation, it also served to further lower the public’s overall trust in the renovation industry.

Client feels government oversight might have saved the day
The article tells the story of a woman who suffered plumbing disasters, ruined floors, poorly installed tiles, and doors hinges that snapped off . At the end of the story she comments, “I just really wish there were an actual professional designation like electricians and plumbers have or government oversight.” 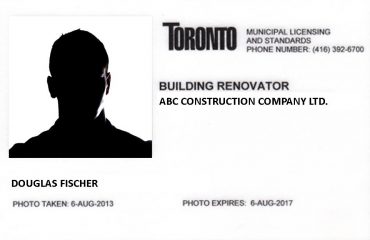 In their haste to hire a contractor, any contractor, many consumers are not aware that licencing requirements in some jurisdictions already exist

What this article fails to mention is that most of the trades associated in the client’s renovation troubles were either compulsory licensed trades (plumbing), or required licences issued by the City of Toronto (drywallers, tile setters). Nor are there any details concerning the client’s contract with the contractor. In fact, many of the problems were not simply due to the absence of regulations; it was more than that.

What happened to client responsibility?
The client goes on to lament that, “If you’re trying to deal with contractors who are really, really good, they’re booked up until September. The other guys – they’re the ones who can’t say no to a job.”

To accurately reflect what happened here, the headline that slashed across this major paper’s pages should have read, “Renovation nightmare: Lack of quality contractors leaves impatient, irresponsible Toronto homeowners in a bind.” In their haste to fix up a home when the urge strikes or while interest rates remain low, many homeowners simply aren’t prepared to conduct due diligence before they choose their renovators. Less skilled, experienced or reputable contractors can smell those clients a mile away. Do these nationally published stories ever talk about the client’s responsibility to protect themselves? Or are they happy to simply lay the blame on the entire industry and/or lack of governmental supervision? Guess!

Surveys suggest customers don’t use available resources
The statistics bear this out. A survey conducted by online referral service TrustedPros suggested that 70 per cent of renovation clients don’t check out their contractors. Nearly 75 per cent of the contractors surveyed reported that their clients never even asked to see their professional credentials or licences. One suspects that the client in the Globe & Mail story never bothered to ask either.

In this day and age there is really no excuse for not making the effort to check out out the smiling Chuck-in-a-Truck who knocks on the front door. Online review services are numerous and, for the most part, contain verified reviews. That’s not to say that all online review sites are perfect, however. Another TrustedPros report says, “A study based on 10 years of reviews indicates up to 47% of home service contractors in some work categories may be using fake online reviews to attract homeowners.” The report continues by clarifying that not all types of work are subject to the same level of fake reviews. “Carpenters, siding contractors, handymen, and general contractors appear to be the safest as far as reviews are concerned, with only 4%-5% of their reviews were identified as dubious.” Regional variations were also noted in the TrustedPros study. Fake reviews in Toronto, for example, came in at 28 per cent overall.

There are other, more old school ways to check out contractors, and our contractor readers should take note. Providing a written references from satisfied clients is a great way to win the confidence of a prospect. Contractors should be more than just willing to provide these references when asked — they should be provided up front, along with encouragement for the prospect make verification calls directly.

Combine clients in a hurry with a lack of caveat emptor action on their part and it almost guarantees a steady flow of disaster stories that will entertain the masses while painting an entire industry as scapegoats.

Both strong and weak local economies can spawn dubious operators
That isn’t to say that the call for some form of contractor licensing or regulation isn’t warranted. In fact, some contractors think this might be the way in order to go to separate the good from the bad. Saskatchewan contractor Dave Anderchuk believes the industry is too lax. “Anybody can call themselves a renovator. They just walk out the door and start their own company,” he told Canadian Contractor. “They might be a third-year apprentice or a journeyman. There are no certified training programs to be in the renovation industry. That’s where the aggravation is — you have to be a certified electrician, certified plumber, and a certified gas fitter, but you don’t have to be a certified contractor to be in the renovation industry.” 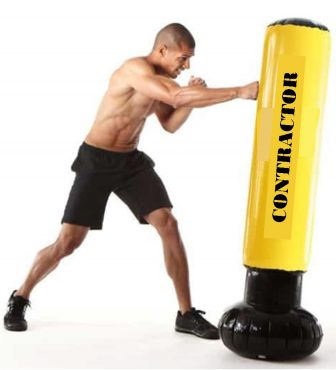 Anderchuk’s frustrations with the Chuck-in-a-Truck phenomenon stems from economic shifts that, in the case of a new home building downturn in Saskatchewan a few years ago, left trades without employers. This put them on the road competing with more formalized operations with actual business overheads and project management experience.

However, the problem in hyperactive urban centres like Toronto is the opposite — too much demand and not enough quality supply. How exactly would licensing solve that problem? Wouldn’t it, in fact, reduce the number of bonafide contractors if the licensing process and government oversight was too costly or too onerous for smaller operators? It also comes down to the quality of trades available within the entire industry. Ontario in particular has a massive problem with its apprenticeship training ratio requirements in the trades involving the residential work. However, even provinces with looser apprenticeship training requirements are experiencing difficulties. “Skilled trades workers are hard to come by, extremely hard to come by,” says Anderchuck.

Provincial licencing does not resolve all woes
Most provinces do not have licensing requirements. Alberta however, does. Contractors must have a license in Alberta if they are a prepaid contracting business, ie. if they “solicit, negotiate or conclude prepaid contracts in person at any place other than the sellers’ place of business, and accepts money before all the work is done and /or the services are provided.” Recent news events occurring in Alberta covered by Canadian Contractor are proof that even this does not solve all problems, however.

Back to the Globe & Mail story. The client featured in the “Nightmare Renovation” story claims that she did in fact conduct due diligence by asking friends for recommendations, checking reviews online, and reviewing quotes from multiple firms. However, she indirectly concedes she was in a rush. Next time, she says, she’ll wait as long as necessary until contractors with a strong online presence and lots of past references are available.

Related Stories
LinkedIn most popular form of social media for Canadian contractors
Survey: 75 per cent of homeowners did NOT check online reviews before hiring contractors
After busting contractors in undercover sting, Alberta might pass new law on renovation contracts
I am presently going through a renovation nightmare… and the contractors have done the midnight move on me and left.