"Remember you have allies that want you to succeed and get it right. Use them." 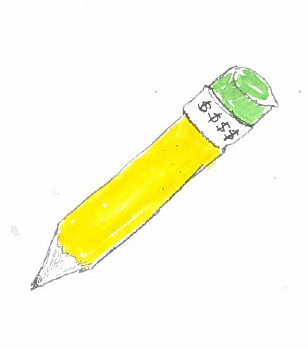 In lesson one (find it here), I kicked the responsibility for good estimating practices back to you and your organizational ability. It’s key to expecting accuracy, and obvious, too, when you think about it. In lesson two, we’ll discuss the most powerful tool  you can use in estimating.

WAaaay, back, On my first big estimate for what should have been a $130,00 top up, I submitted a price for… $87,500. Guess what? I won the job. And guess what? I won it because I made a big, big mistake that cost me dearly. As organized as I was, as clean as my desk was, as rested as I was, as sober as I was, in my inexperience, I misread the contract and put the cost of the windows outside the contract, not in as requested, and while I found out later that the architect realized my mistake during the bidding, he allowed the customer to choose my bid because it was closest to what he originally told the customer it would cost.

But the cost to me!! I had to renegotiate the contract halfway through the job with no leverage except that I would be bankrupt and unable to finish the job if I was held to my original price. To double the pain, once I renegotiated the contract, I still I had to pull all the profit from another, sweet, profitable job to pay for this one.

Did I ever make that mistake again? No way. And brings us to the first fact of estimating: Experience matters.

Because estimating is part art, part science, the most accurate estimates are the ones that come from someone with deep knowledge of the work required and tons of experience—the people that have been there before and can anticipate the surprises.

Now you might say, “I can’t wait until I have the experience to build great estimates. I need them now!” Well, The good news is, you don’t have to wait because that experience is available to you now in a number of ways.

The first place you’ll find it is in the people around you. I hated showing my numbers to anyone, but that’s just paranoia and fear of exposure. Don’t hoard your estimate. Don’t protect it from your team, don’t build a wall around it, don’t be afraid to share it. Toss it around, hear from others on it, accept advice. Not only did I learn from my experience to properly read a Scope of Work, I never after that did an estimate entirely on my own. My site super double-checked them. I allowed my subtrades more access to the RFP itself and not just the part that concerned their work.

Be careful, of course. Don’t show your work to the competition! BUT, remember you have allies that want you to succeed and get it right. A business coach, a mentor, a labourer that wants to advance into a project management position. Use them. Let them in on your estimates.

In particular share your estimates with those who will be responsible for getting the job done. It’s an opportunity not only to get your numbers right but to get their buy-in. When you get approval from them , they become responsible for the numbers, which sets up better conversations if the job gets tight.

The second way you can access experience is in the databases that have been developed by dozens of organizations that are in the business of determining the cost of things. You probably already know a few: Sage, Timberline, Accubid, Maxwell Quest… there really are dozens out there. The challenge will be to find one that suites your style, the kind of work you do and your companies existing estimating methods. Once you adopt one or the other, you’ll find you will need to change some of your business processes to accommodate their particular style.

Next, build a robust job costing system into your accounting and job tracking. That way you can collect your own data and from your experience.

This one is a real challenge but also the most rewarding. It means breaking down your employees hours according to the task and job. It means having all your jobs broken down into specific catagories (demolition, excavation, foundation, framing etc.) that make sense for every job you do. It means building discipline into your company to record data even when times are tough and money’s tight and it seems not worth the trouble. And that’s where we’ll start in lesson 2 or this series on estimating.

Related Stories
The Estimating Series: Part 1 of 7: Organizing for success
A person achieves skill in a trade through hard work and years of experience, not through a 'College' of Trades…
How to write a winning roofer estimate to a customer
8 simple things that every renovator needs to be doing