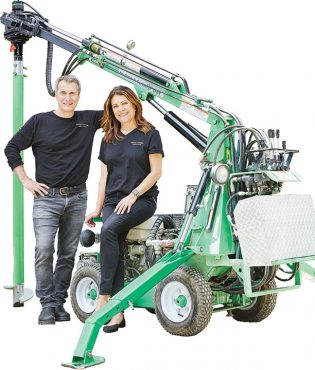 It started, he says, with a simple question shortly after he turned 50. “What are we going to do with this thing?

How did Gallop achieve such a radical makeover and reach this current level of success? It started, he says, with a simple question shortly after he turned 50. “What are we going to do with this thing? I’d had so much experience in so many aspects of this industry. Was this all just destined to continue forward as a small practice until I reached retirement age, or should we somehow try to leverage that experience into something more substantial?”

A key decision was committing to the type of company Gallop wanted Men At Work to be. “We wanted to have more control, to embrace our identity as a design company as much as a building company,” he says. “We had been selling design services for many years before, but it was really something we wanted to bring into focus more intensely going forward as an in-house part the company’s identity.”

Now 58, Gallop credits the U.S.-based contractor peer group Remodelers Advantage for giving him the confidence to take his company to a new level — Men at Work 2.0, he calls it. “Perhaps more significantly than developing in-house capabilities was the acceptance that the company must stop revolving around me if there was to be any longevity and opportunity for the company in the future.”

That meant bringing onboard those who could make change happen. “If the company was to have some runway beyond my own personal tenure here, we had to bring in people significantly younger than me with energy, ideas and vitality.” Gallop once again describes himself as simply lucky. “It wasn’t the case where we went looking for a particular kind of person to fill any particular role, though,” he says. “They just fell into our orbit for one reason or another. They struck me as really good people — ambitious, smart, pleasant, great communicators, and obviously with some relevant experience, expertise or education that made them appropriate to join us. However, it was their personal characteristics that were so attractive.”

Going forward, Gallop sees himself walking a managerial tight rope. “I’ve been trying to teach and lead by example,” he explains. “At certain times, that might seem like micro-managing. Honestly, this is one of the things I’m struggling with the most — recognizing when I’m talking too much, when I’m interfering, when I’m doing more harm than good, versus being too distant. It’s really easy to say, “Well, it doesn’t matter — let them just figure it out on their own.’ That’s me not micromanaging. But very quickly that can appear to be me not caring, or failing to provide corrections, leadership or support. I’m struggling with that balance every day.”