The Paul Gallop Story Part 1: Expansion, ups and downs and the terrible 90’s 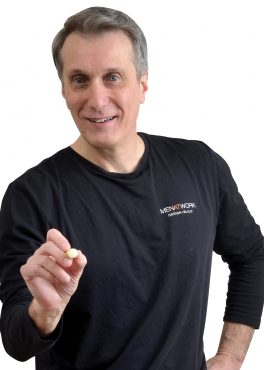 Paul Gallop, owner, Men At Workhard to be humble if you had been as successful as Paul Gallop. Men At Work Design Build, the Toronto-based firm Gallop started with his wife, Sherret Nosanchuk, nearly 30 years ago, now has 42 employees and runs up to 20 projects concurrently. Yet Gallop describes his career in self-effacing terms.

“I didn’t plan to be in this business,” Gallop told Canadian Contractor. “When I started around 1990, Toronto had just suffered its worst real estate collapse. I didn’t know any better. It was probably the dumbest possible time to get involved in anything to do with the housing industry.”

At the same time, Gallop has recognized opportunity when it has come knocking. “There’s been an extraordinary construction boom, and escalation of property values. A lot of incredible opportunities have come my way, especially in the city of Toronto over the last decade or so. But all of these things were simply good luck — there was no element of preparation.”

Company growth can be a double-edged sword. On one hand, there is the instinct to grow one’s company. In fact, failure to do so might appear almost regressive. Yet, some companies grow too fast or don’t grow correctly in the right areas. Some entrepreneurs simply aren’t prepared to handle the challenges of growth. Did Gallop have such similar challenges during his company’s periods of growth?

Gallop answers clearly, yes. He openly describes his firm’s ups and downs, particularly during a period of rapid expansion in the late 1990s. “It was an example of checking off virtually every box for doing things wrong and not following sensible practices as far as business growth was concerned,” he recalls. “I was grossly under-qualified. We had no capital to fund growth; we were operating on a shoestring. I didn’t realize at the time just how expensive it is to grow. We hired too many people too quickly; we didn’t have the proper systems in place to handle the new people. All of the things that could go wrong as a result of that did go wrong. It was a very expensive and stressful experience that took a long time to recover from.”

Nevertheless, Gallop persevered and his company survived. After a serious retrenchment spanning several years, he transformed Men At Work from what was then a one-man project supervision service relying entirely on sub-trades to a vertically integrated design-build company, right down to in-house architecture and engineering.

Gallop agrees with the suggestion that his role today resembles a professional football coach. While he holds overall responsibility for the company’s direction, he’s delegated authority and responsibilities to a team of core managers who, like defensive, offensive and special team coaches, run the more detailed day-to-day aspects of Men At Work’s multiple projects. “I still do a lot of firefighting,” he says. “There may be problems on a job site that I have to help resolve or give guidance, but it’s less and less a case of me being involved in the actual management of the projects or even the management of the people who are managing the projects.”

At the same time, while Gallop recognizes that the lessons learned earlier were important to his company re-boot, he also admits that it hasn’t been a perfectly smooth ride evolving from a one-man operation to a staff of over 40. “We have probably made some of the same mistakes, or at least in some cases have paid the consequences for trying to grow quickly.”