Ryan Report: What’s up with Inflation?

Steve Ryan, author of the Ryan Report shares his thoughts on a topic of rising importance: inflation. 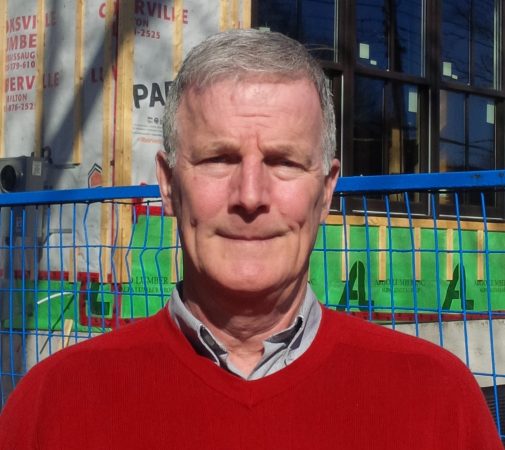 If you are a contractor, then the odds are you have indeed been battling the risk and uncertainty of rising costs. By now you know enough to be careful about the prices you quote since costs today don’t reflect what you will pay when it comes time to do the job. From a builder’s perspective, it’s pretty obvious that inflation is here. So why the hesitance from economists and public policy makers to acknowledge that?

We get some clues by recognizing that inflation is not really defined by past cost increases. The really troublesome things kick in when there is a general expectation that similar increases will continue into the future. When businesses worry that their costs will be substantially higher in coming months they raise prices now in anticipation of that. Once workers are convinced they will fall behind the future cost of living, they insist they must start to earn more now. Instead of reacting to what has happened, we all try to stay ahead of an uncertain future. When those inflationary expectations set in, they trigger a chain reaction that is devilishly difficult to control.

When central bankers or policy makers downplay price increases of the past year, they aren’t trying to deny they happened. They are hoping to discourage those inflationary expectations that trigger pre-emptive price and wage demands.

All very theoretical, and you might wonder what it has to do with you or your business. If you were around to  witness things in the 1970s, you know. For that decade, inflation averaged nearly eight percent and spiked above 10 percent regularly. Most products saw price adjustments (always upward) multiple times each year. Try bidding on a job when you have to allow for two or more rounds of price increases on everything between doing the estimate and doing the work. You may feel you are in that situation already, but there is more to the inflation story.

Talk of inflation is usually followed closely by worries about interest rates. Why is that? The short answer is they move together. If inflation threatens to reduce the future value of money then everyone, including lenders and investors, demand a higher annual return to compensate for that. Interest rates will rise. If rising costs already had you concerned, now we have to think about the impact of rising interest rates.

Talk of inflation is usually followed closely by worries about interest rates. Why is that? The short answer is they move together.

It’s time to look at your cost of borrowing. If you have borrowed heavily, for example to buy property for development, take the time to calculate what your borrowing costs would be if your interest rate rises one, two, or three percent.

It doesn’t stop there though. Most residential customers, whether buying a home or renovating, will depend on borrowed money. Their cost of borrowing will rise, which can have a major effect on what they can afford.

And it doesn’t stop there. Perhaps the biggest concern will be those who already have homes. Close to 500,000 homes were purchased in Canada in 2017. Many of them have a five-year mortgage that renews this year. They could face interest rate increases of one or two percent upon renewal. A one-percent increase on those 2017 mortgages will drive payments up by 12 to 15 percent. Nobody, especially public officials, wants to face the image of families losing their homes to mortgage costs they cannot afford. Perhaps that is the main reason they strive to head off those inflationary expectations. Perhaps the much-maligned mortgage stress test will do its job and homeowners will have that much cushion in their monthly budgeting. The stress test only took effect in 2018. It was in anticipation of just this scenario.

Demand among first-time homebuyers won’t go away, but rising interest rates will reduce what they can afford. Demand from other parts of the residential market may be less resilient. For years now, the financial logic for trading up, for buying investment property, even for doing major renovations was driven by a confidence that rising property values would justify the investment. Higher borrowing costs will shift that financial logic and take some of the demand out of those markets. Paradoxically, inflation across the economy as a whole could have the opposite effect in residential construction.

The point here is not to predict doom and gloom. The message is that change is coming. It will impact more of your business than you are seeing right now. As with any change, it can be a threat or it can be an opportunity. Get your financial house in order and be ready to work with a new reality.

Steve Ryan is the founder of MMI Professional Services. MMI is committed to the success of contractors by helping them develop the business and management skills they need. For information on ways to run a better building business contact the writer at steveryan@mmiproservices.com.