The seal of approval: Evaluating the efficacy of certification programs 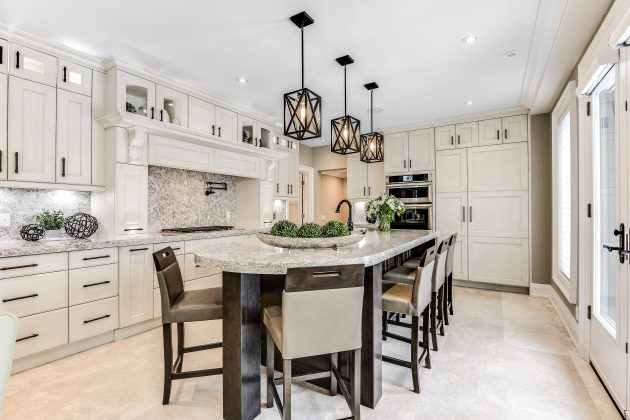 Every year, RenoMark recognizes the efforts of its members through awards and honours. This is one such award-winning project. (Photo Credit: Lifestyles by Barons)

A key goal that every contractor would like to achieve with every project is 100 percent customer satisfaction. Certification programs have been created to assure customers they have selected the right person to do the job, but questions persist as to whether contractors see the benefits. As with just about everything in this industry, there are a range of opinions.

A question that comes to mind is are these programs really required? Steve Barkhouse, president of Amstead Design-Build, notes that having programs (like RenoMark, Tarion, etc.) are an improvement, a step in the right direction. “More than 50 percent of the renovation work that is done in Ontario is underground, that’s proven. And I think that if you talk to the average person, they find it exceptionally difficult to distinguish between professional renovators and non-professional renovators. Part of that is education. But I think if there was a certification program, educating the public could be one of their mandates,” he says.

RenoMark is a certification program that recognizes members of the Canadian Home Builders’ Association who conform to the RenoMark Code of Conduct. The program was started in 2001 in the GTA by the Building Industry and Land Development Association. Eventually, the program was launched throughout Canada.

A RenoMark renovator himself and heavily involved in the program, Jack Torossian of Golden Bee Homes narrates what led to the conception of the program.

Torossian says that they knew that there were a lot of good renovators and custom home builders out there. The BILD members felt that it was necessary to bring the good renovators together as they cared about the industry, the standards, the ethics and customer satisfaction.

Personally, Torossian notes that although he didn’t know where the program was headed at that time, he knew it was the right path and believed in its message. The RenoMark requirements were straightforward and simple to follow. Provide a written contract. Give a minimum one-year warranty. Have liability insurance of minimum $2 million. Carry applicable licenses and permits, even when you’re using subcontractors (the subcontractors should be licensed and insured). Respond to homeowners’ calls and emails within 24 hours or two business days. Push the renovators and custom builders to have access to education and training and professional development on a yearly basis. All these requirements are part of the RenoMark Code of Conduct that the program members need to follow diligently.

In keeping with one of the RenoMark codes, a pilot education and training program was recently launched to further the professional development of the members. The program is endorsed by the Canadian Home Builders’ Association. The first batch of around 25 renovators and custom home builders will have to pass exams on all the course topics. At present, there are around 1,200 RenoMark renovators across Canada. The idea behind the program is to ensure that all the RenoMark renovators and custom home builders will eventually go through the training, pass the exams, adapt to the program every year and carry on with all educational programs that RenoMark comes up with.

Commenting on its inception, Torossian says that when he first became the chairman of RenoMark two years ago, he pushed hard to have the educational program in place. He felt that there was some disconnect between some clients and renovators.

“We started meeting these educated clients, who had done several renovations. They asked us smart questions that we sometimes couldn’t answer. We felt like there was a lack of education and knowledge. This pilot educational program is designed to cover that part. We participated in a four-week education program recently. Some of the courses included the code of conduct, customer service, the risks, insurances and documentation,” explains Torossian.

Torossian further notes that it is especially important for renovators and custom home builders to have protocols in place to ensure professional success. It is not possible to have a good system in place without proper documentation, insurance and exemplary customer service. Staying at the top of the game, he says, is like maintaining a machine that needs to be regularly oiled with knowledge. This can bring peace of mind to the renovators themselves since they are doing the right thing every time.

Torossian notes that education supports renovators with valuable information. And RenoMark has been providing this support for years by educating members on building codes. RenoMark gives them the necessary platform to understand how other renovators are doing business. They get to ask questions and even volunteer their time to share their experiences.

Just registration is not enough to become a proper RenoMark renovator, according to Torossian. The purpose of the program is to ensure that members remain active and try to improve day in and day out.

“When the renovators are involved, they are able to become educated, informed professionals. They are aware of what is going on even before things hit the ground. They know the next steps they need to take. They will stop seeing competitors as just competitors,” says Torossian. He adds that they will be able to ask questions and get the right answers from their peers without talking about their numbers.

The success of programs like RenoMark often depends on how well they are executed. Jon Eakes, a building science educator who appeared as TV’s Mr. Chips in 1978 and 1979, comments, “The concept,” he says, “is good. Get a brand name that gives consumers confidence in hiring unknown companies. The weak point is all too often the actual quality of work being done is not well monitored and there is the very difficult political problem of controlling or un-listing members who are not up to the standard.”

He adds that such groups that put their names on contractor members need to be clear to the consumer as to just what that label means does not mean. Will the brand mark association mediate disputes? Step in to finish jobs left unfinished by bankrupt members? Is it a warranty program? What are the criteria for membership? What is the monitoring of members over time? Is there membership training, and does such training reach down to the workers or do they only train one member of the whole organization?

RenoMark, says Torossian, recently had an executive board meeting to ensure that such checks are in place. The Canadian Home Builders’ Association is taking over the operations of RenoMark to implement it coast to coast. CHBA plans to implement all the rules and regulations as per the guidelines for each province. The association intends to create a format that every RenoMark renovator has to fill in. It will be used to track, for example, whether they have their worker’s compensation account in place, whether they have their other insurance in place, and so on. On a yearly basis, each renovator will have to submit all the documents, the contract samples and other items to the CHBA. And whoever is not complying will be given a specified time to send the documents in or they will be out of RenoMark. They will not remain as members any more.

This system will be implemented in due course. Torossian notes that at present the system is being tested before being rolled out. He himself has taken part in it by sending in his documentation. If the renovator is well organized, he says, it will take merely minutes to attach the documents and send them in.

Barkhouse, who was involved in the original creation of the RenoMark, notes that the program is meant to give a sense of comfort to clients and assure them that a sort of policing mechanism is in place for that brand.

“We’re a fragmented industry that has no credentials. So, being involved in such programs would give them a certification that they could put up on the wall and advertise. And that would hopefully bring them additional work because people would recognize that they professional and insured. RenoMark, to a certain degree, has been able to achieve that,” he says.

1 Comment » for The seal of approval: Evaluating the efficacy of certification programs