Adam Gardin has resurfaced as AIG Developments in Detroit 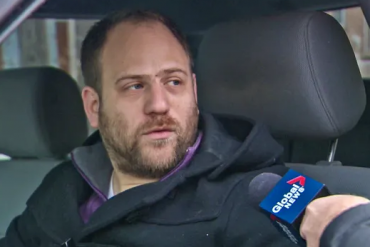 Since Jan 2015 Canadian Contractor has been following the story of Adam Gardin, owner of now-bankrupt GarCon Building Group in Toronto when, according to the Toronto Star, he was called a thief by the dozens of homeowners and subtrades protesting at one of GarCon’s job sites demanding Gardin pay them the thousands of dollars he allegedly owned them for work done and not paid for, or work paid for and not done.

Our more recent follow-up story of May, 2018 reported Gardin was charged and pled guilty to a number of fraud changes under the Ontario Consumer Protection Act.

That might have been the end of it, but for Gardin’s resurfacing recently in Detroit, MI, hanging out his shingle this time as AIG Developments. He is finding himself in hot water again, this time with the community of Hazel Park where he failed to pay taxes on 20 properties he owns. According to the Detroit Free Press story, Hazel Park has placed liens on all the properties.

Gardin is scheduled to be sentenced in July in Toronto under the Consumer Protection Act. Prosecutors are recommending he spend four years in jail and pay restitution. Another good reason, says the Free Press, for Hazel Park to be worried about collecting those taxes.

Related Stories
"Where's the money, Adam?" "The money went into the company!"
A Montreal borough sticks its hands in renovators' pockets for five-figure "park fees"
Toronto contractor who stiffed his trades, customers is subject of public protest
Richard ‘Sparky’ Hazel is in trouble again!