Fake electrician from Burlington, ON heads to jail for nine months

How did he fool so many people for so long? Our third and final installment of Electrical Week tells the story of a multi-time, repeat offender, ‘Fake Electrician’ Richard ‘Sparky’ Hazel.

For years, Richard ‘Sparky’ Hazel has been posing as a ‘fake electrician’. (‘Sparky’ is a nickname attributed by Canadian Contractor contributor Alex Caldwell). He’s been arrested, charged, and convicted several times, even jailed, but he keeps popping back up.

Most recently, Hazel was arrested on July 15 by Halton Police and charged with three counts of fraud, uttering false documents, plus three counts of breaching a probation order. His alleged crimes involve electrical work performed illegally, some of it found faulty. ‘Sparky’ Hazel is so notorious that police have anyone else who might also have ‘been victimized’ to come forward.

A confusing timeline of overlapping crimes
Hazel has quite the rap sheet. In October 2014, he was reportedly the first person actually jailed for offenses under the Electrical Act and Ontario College of Trades (OCOT) requirements, eight in total: four for working without an electrical license, one for failing to obtain required inspections, two for producing a false certificate of qualification, and one for leaving behind unsafe electrical conditions at homes in the Hamilton and Burlington area. At that time, it was reported that Hazel had been advertising and operating under the name Voltcom Electrical Systems. He was sentenced to 30 days behind bars and fined over $6,000. 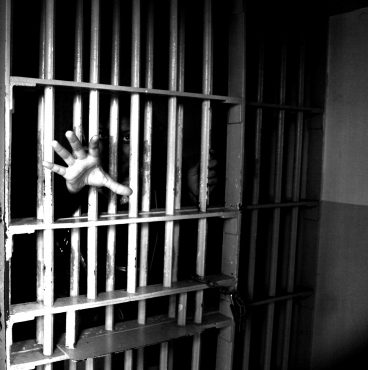 It’s more jail time for Richard ‘Sparky’ Hazel. According to our source, he’s just been sentenced to nine months behind bars (photo: wikicommons)

Even before that, ‘Sparky’ was making the news. The same media report claims that Hazel “was previously convicted in 2012 on 19 counts of violating electrical safety regulations at seven sites in the Windsor area resulting in a total fine of $23,750.”

Down but not out, Sparky rises again
Yet ‘Sparky’ managed to find work on the shop floor of a Burlington-area electrical component manufacturer.

“Our company hired Hazel in April 2014,” a source exclusive to Canadian Contractor, explained. “We didn’t know he had been charged in the past. The day the news hit that he had been sentenced to a 30 day jail term [October 2014], electricians in the facility brought it to management’s attention.” Immediate inquiries revealed that Hazel had presented what turned out to be false documentation of qualification (what looked like a photocopy of an actual certificate) and a falsified resume to a head hunting firm that had submitted his name to the employer. Falsification of documents is a trick Hazel has apparently played for years.

Tugging the heartstrings with his employer
In fact, Hazel had aroused the curiosity of his employer just a few days earlier when he was written up because of some basic mistakes. “He told us that his wife and daughter had been in a car accident; we were working with him on physio care and so on. We even sent flowers to his place,” our source explained. “When we saw the news report, things started to make sense. We knew why he was making all these mistakes. As it turned out, the day he claimed he was taking his wife and daughter to physio was in fact his court sentencing date.”

Hazel had been able to pull off his deception for months. “When he first started, he was on shift with another electrician, so there was always someone with him. He was the secondary repair guy to the other. When we went to a four-shift rotation, he was the only electrician on shift — that’s when he started struggling. One of our other electricians came to us and said, ‘Something seems off with this guy.’ We reviewed his work and found four instances of errors. We wrote him up and told him this could lead to termination. But we asked if he needed more schooling, if his head wasn’t in the game because of his wife’s car accident and needed time off, because we’d work with him on that.” When the news came out about the conviction and sentencing, Hazel was terminated.

Not done yet, ‘Sparky’s’ then obstructs justice
Our source told us that Hazel’s probation orders from the October 2014 conviction were written incorrectly and he had to go back in to court in January 2015. “By fluke, an ESA inspector was in court that day and overheard the Hazel case. He noted that Hazel claimed his “current” employer [our source] had written a letter of recommendation.”

The ESA inspector knew Hazel had been terminated months before and brought the letter to our source. It was discovered that Hazel had taken company letterhead and written a recommendation letter. The letter said that he was great employee, that he was needed at his place of work, and asked the court that his 30 day sentence be served on weekends, not consecutive days, so he could continue working. Hazel inserted the name of the maintenance manager of the company, his previous supervisor, at the bottom. “I guess he thought we wouldn’t know any better.” 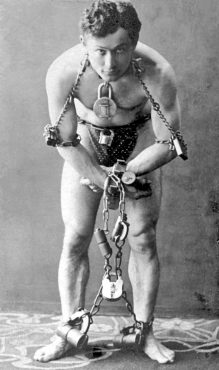 Will Hazel pull a Houdini and return again as a ‘fake electrician’?
(photo: wikicommons)

The victimized employer attended four sentencing hearings. “There was always something with him. He had a no-show one time, claimed to be in hospital with thrombosis another time, and so on.” Our source told us that Hazel was finally sentenced on December 1 to nine months in jail, almost two years after the latest crimes had been discovered.

Wait! There’s still more!
Amazingly, even after being terminated by our source’s company,  Hazel found work with yet another electrical manufacturer, from where it is believed the July 15, 2017 charges stem, as cited at the top of this story.

Our source also told us that earlier this month, just after his December 1 sentencing, Hazel was served with a separate civil suit. However, it was expected he would be assessed with a FTA (Failure to Appear) due to his current incarceration. Our source believes Hazel has restitution orders totaling over $100,000 plus around $40,000 in fines outstanding, making it questionable whether the new civil suit will succeed in wresting any money at all.

No blow-back for blowing the whistle
Clearly, contractors need to properly verify the qualifications of their electricians by checking documentation with the ESA and with the Ontario College of Trades. Our source tells us that their issues with ‘Sparky’ Hazel caused no blow-back for the company, however, because they reported him as soon as his falsifications were discovered.

Now for a few months at least, the public can rest easier knowing that Richard ‘Sparky’ Hazel is under the care and accommodation of the province of Ontario.

Did you miss earlier installments of Electrical Week?

Related Stories
The repeated abuse of the rules by this individual merits his consequences
Unlicensed electrical contractor, nailed by both ESA and Ontario College of Trades, sentenced to 30 days in jail
Why does a doctor who abuses his patients get a lesser punishment than an unlicensed electrician?
Ontario's ESA fines another unlicensed electrician, warns public not to pay bills without Certificate of Inspection "in hand"