The upcoming labour shortage is real. The solution is up for debate

New estimates released by the CHBA suggests that in 2016 one of every 18 workers in Canada was employed, directly or indirectly, in residential construction. This represents over 1 million jobs in new home construction, renovation and repair, and wages of $59.4 billion.

“Our industry continues to be an important source of jobs, incomes and economic activity in every community across the country.” said Kevin Lee, CHBA CEO. “As Canada faces a range of economic uncertainties going forward, it is reassuring to see that individual Canadians continue to invest in their homes and communities.” 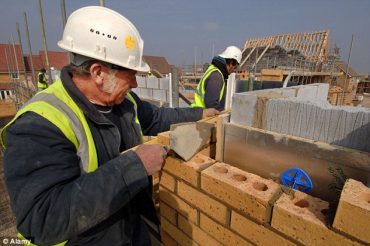 Over 115,000 trades workers in Canada are set to retire over the next decade, according to recent studies

How can the industry grow without new workers?
One of the big uncertainties is where new workers will come from in the future, a factor recognized by Lee. A report issued by BuildForce Canada and released by the CHBA confirms what many previous studies have stated; upcoming retirements in construction, estimated to be as high at 118,000 over the next 10 years, means great opportunities for a new younger generation. The CHBA believes attracting the next generation must start at the high school and college level. “CHBA looks forward to working closely with Canada’s colleges and universities to ensure young people have access to the high-quality training they will need to take advantage of these career opportunities,” Lee said. “It is also critically important that high schools and parents recognize the great career opportunities available in home construction and renovation, to help steer students in this direction.”

Alberta looks to Indigenous people as a source for new skilled trades
Meanwhile, Alberta has been investing heavily in apprenticeship training programs recently. As reported earlier this week, a $1 million investment in partnership with Keyano College in Fort McMurray will allow second year plumbing apprenticeships to learn on-line and receiving hands-on training in a new program that keeps them working at the same time. This will not only increase the skilled workforce in the future but will also address the pressing need for skilled trades as the Wood Buffalo/Fort McMurray area rebuilds after the 2016 fires. 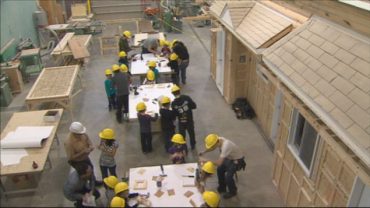 The Tradewinds to Success Training Society will receive $500,000 from two Alberta government departments to upgrade apprenticeship programs for Indigenous peoples

More recently, in a multi-departmental move, the province has granted $500,000 to the Trade Winds to Success Training Society’s 16-week pre-apprenticeship program for Indigenous peoples. Alberta Advanced Education contributed $300,000 while Indigenous Relations contributed $200,000. The training program offers classroom and hands-on instruction to students pursuing careers as carpenters, electricians, ironworkers, millwrights, plumbers, steam/pipefitters, welders or insulators while incorporating Indigenous cultural practices, such as Elder mentorship and a daily smudge ceremony.  Trade Winds to Success Training Society has graduated 1,264 students since 2006, with a success rate of 86 per cent.

Of course, program like this address important social issues as well as the on-going search for new workers. “Indigenous people are vital to maintaining a strong and stable workforce and this program will help address some of the barriers faced by Indigenous people in fully participating in Alberta’s economy, “ said Richard Feehan, Minister of Indigenous Relations

The U.S. National Association of Home Builders recently published the result of a poll of young Americans ages 18 to 25 to learn how they felt about a career in the construction trades. Of the 74 per cent who said they knew the field in which they want to have a career, only three per cent were interested in the construction trades. Of the undecided, 63 per cent indicated there was no or little chance they would consider a career in the trades no matter the pay. Most cited the physicality and difficulty of the work as their reasons for rejecting the industry.

Not everyone agrees apprenticeship programs are the answer
The Magest Group Limited, a project management firm based in Stratford, Ontario, is quite forthright in its opinion that the entire industry, including residential construction, needs a massive re-boot if it is to be successful attracting young workers. “Young adults don’t want to work on a construction site, and rightly so,” the company writes on its website.  “Construction has an age-old problem. They train people up in boom times and lay them off in a downturn. They have no job certainty or security.

“Governments have to stop throwing money at schemes to encourage more apprentices,” Magest continues, “As the saying goes ‘You can lead a horse to water, but you can’t make it drink’. We can’t force young people to do something they don’t want to do.”

“Why do we continue to rely on 100 year old skills to construct our buildings?”: Magest
In Magest’s opinion, a construction site is “the worst place to construct a building.” Instead, the company suggests a factory environment. “Off-site manufacturing in construction is the future, not just for young people, but for the generations to come…Governments have to consider spending the money they are targeting at encouraging young people into construction into helping offsite manufactures expand their facilities, make them more modern, efficient and giving them more backing and encouragement. If the Government considered giving tax breaks to those using offsite manufacturing, this would go a long way to kick start this initiative.”