They’ll come to Edmonton June 4 -5 from all across Canada, teams of over 550 talented high school students representing 40 skilled trades. To get there, they’ve competed and won at local, regional and provincial/territorial events. Now the national titles are up for grabs at the 24th Skills Canada National Competition (SCNC).

The events leading to the SCNC in Edmonton will provide young men and women not only with hands-on experience in a wide variety of skilled trade and technology careers but also raise their awareness about the great careers available in those indsutries.

No wonder. Kate described how in past years, for example, carpenter teams had to construct a small building, landscapers created a patio with a retaining wall, and electricians were challenged to wire a complex panel. Teams competing side-by-side in a big auditorium creates an atmosphere that is about more than just the competition itself.  “It’s a very high energy event,” explained Kate. “There’s a flurry of activity: provincial team parades, opening ceremonies, people observing, students coming in to watch, fan waves. All of the kids are so talented. It’s just so cool to see.”

Paul Lafrance will, of course, be lending his infectious enthusiasm to the event. Asked to describe his personal feelings, he was quick to respond. “In a word, jealousy! If this type of thing was around and accessible when I was a kid, I would probably have found myself a lot sooner,” Paul told Canadian Contractor. “I’m a big kid no matter where I am, but it does make me appreciate my own journey. I’m the kid who was the high school dropout.  The only thing they had for me when I was that age was shop class, and that was entirely populated with future armed robbers and serial killers. There was this stigma that only the dumb people took shop.” 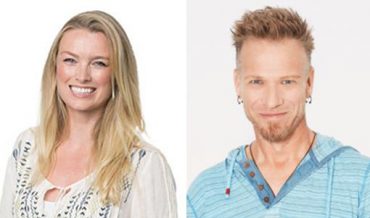 The event highlights awareness of skilled trades as a viable career choice
The big picture behind all the Skills Canada events taking place across the country is the growing concern that the skilled trades are facing an impending crisis finding young people to replace a retiring older generation. It’s an issue that DeWalt Canada has recognized over the last five years. They’ve thrown their support behind the Skills Canada events by signing multi-year deals with Skills BC, Skills Alberta, Skills Nova Scotia, Skills Quebec, Skills PEI and Skills Newfoundland, to provide the best tools at the  competitions. Black and yellow will be prominent once again in Edmonton this June.  “When I see the level of skills and the passion for excellence demonstrated by the young people taking part in this competition, I know the efforts of Skills Canada to prepare them for the future have been successful,” said Mark Emmerson, Director of Marketing, Stanley Black & Decker Canada.

Paul Lafrance has also thrown his personal recognition into the ring in order to raise awareness of the hiring challenges in the future. “I’m hugely passionate about promoting the trades. I’ve spent the last 20 years trying to bring back the age of the artisan. Sooner or later, with everyone having gone into computers or non-trades, we’ll be looking at a trades crisis in Canada. This is why colleges are now offering degrees and programs for the skilled trades — they are realizing that we need young people, but it’s taken years and years.” 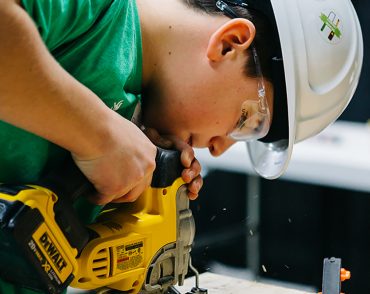 The various Skills Canada competitions are also important for the opportunities that come as a result of being involved. “A lot of young people now who work for me tell me that their experiences in the Skills Canada competitions were life-changing,” Paul said. “They are immersed in this fun, competitive atmosphere, being pushed to learn something on which they will be able to rely on to support themselves for the rest of their lives. That’s incredible!”

Kate agrees. “Last year, one of the winners spoke about all of the opportunities that had come through the Skills Canada competitions.  I feel this type of competition is essential if we’re trying to promote the skilled trades. It’s such a cool competition to be part of and such a help for these kids in terms of their whole career.”

“The trades are a smart choice too,” adds Paul. “Until the trades are restocked with talent, pretty soon if you want to hire someone to change your toilet you’ll be paying the same as a high-priced lawyer. It’s smart to get into the trades because when you’re in demand, you can make really good money!”

On the World’s!
The winners of the Canada’s national competition will advance to the World Skill Competition, to be held in Kazan, Russia in 2019. “I could spend a heck of lot more time with the Skills Canada program,” said Paul. “I’d love to look at it from the World Skills level, seeing Canada compete against the rest of the world.”