Humility is not part of Tesla’s corporate personality. “Tesla’s mission is to accelerate the world’s transition to a sustainable energy future by creating products that are so compelling, there is no alternative,” the company website states. Take their much-hyped Solar Roof. Not only does Tesla claim their roofing system will generate enough power to pay back initial costs, but they look like regular roofing from the street. It’s a compelling pitch and one the public seems to love. Despite many unanswered questions, the company is now in the process of accepting $1,000 deposits for orders that, in the case of Canada, will not be delivered until at least 2018. 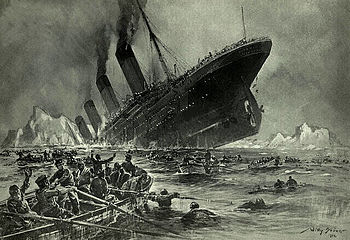 “God himself could not sink this ship!”

To infinity and beyond!
Tesla claims their tempered glass tiles are three times as strong as standard roofing tiles yet only half the weight. But now Tesla founder and CEO Elon Musk has made another startling announcement: his solar tiles will be warrantied against breakage for as long as time itself. “Solar Roof is the most durable roof available and the glass itself will come with a warranty for the lifetime of your house, or infinity, whichever comes first,” the company says. (The power-generation warranty is good for 30 years.)

The infinite warranty might recall Captain Edward Smith of the Titanic, who famously claimed, “God himself could not sink this ship!” Or perhaps the words of former Montreal Mayor Jean Drapeau prior to 1976, something about the Olympics having a deficit would be like a man having a baby.

As crazy as the warranty statement sounds, and although fortified by a video showing hail being pelted at a sample tile at 117 KMH, it’s purpose may be simply to supplement Tesla’s argument that, over time, their Solar Roof tiles are good value.

Tesla released a video on YouTube showing hail being shot from a cannon at their glass roof tiles to demonstrate its strength. Go to: https://www.youtube.com/watch?v=EmRrQhQf-co

What experts are saying
It’s a mixed bag when it comes to expert commentary about Tesla’s solar tile technology and the promises being made, however. On one hand, the website Optic.org quotes specialists who see some promise. “It’s not an entirely new idea,” says Robert Norwood, an expert in optics and photonics materials at the University of Arizona’s College of Optical Sciences pointed out. “There have been similar offerings, but not as well engineered, and Tesla’s market presence is definitely a factor.”

However, the post continues with comments from materials science expert Kazumi Wada, a visiting professor from the University of Tokyo now at the Massachusetts Institute of Technology (MIT).  While  admiring the  tiles’ appearance, Wada cautions that, “heat may be a problem, compared with the more familiar on-roof PV installations. ‘The solar tiles will be less effective because of no wind cooling,’ he said, pointing out that warmer cells could lead to lower power output, or cost more if active cooling is required.’ ”

Payback may take a long time, infinity even….like the warranty
The initial cost payback may take close to infinity too, depending where you live and what you pay for electricity, both now and in the future. Lee Hutchinson, senior editor of arstechnica.com priced out Tesla solar tiles for his own home in Houston, Texas. The website posted his findings. “Using Tesla’s solar roof calculator, he found that a Tesla-brand roof would cost him… $99,100 to install.” That was just for roof tiles — Hutchinson did not include the US $7,000 for the PowerWall storage system. With a monthly electricity bill of about $180, he may not live long enough to see the payback. The post continues, “while many households with smaller roofs or higher energy bills might expect to recoup the cost of a solar installation over 30 years, Tesla’s calculator says installing a roof on Lee’s house would actually cost him $41,000 over 30 years.”

Some are skeptical of Tesla’s prices, efficiency and ability to deliver
“The difference between the Solar Roof and the Model 3 [Tesla car] is that Tesla has already proven they can manufacture great cars and that the Model 3 is coming at an affordable price point,” said Pick My Solar CEO Max Aram in a quote posted on greentechmedia.com. “With solar roofs, [the company] hasn’t proven either.”

While the overall efficiency of the Panasonic solar cells that form the foundation of the Tesla system are estimated to be near that of average standard solar panels, greentechmedia offers a caveat. “For homes with constrained roof space, it’s helpful to compare efficiency in terms of kilowatt per square foot. We’ve determined that Tesla Solar Roofs produce about 6 watts per square foot, whereas a high-efficiency module would produce 19 watts per square foot…Simply put, if you do not have a lot of roof space in an area with the appropriate conditions for solar, a high-efficiency module system is a much better option.”

Need a chuckle? Time for fake news to weigh in
The often witty and always sarcastic fake news site The Onion could not resist getting in on the media hype either.

Tesla may need to look over their shoulder
Being first at the gate isn’t always the best position. Researchers at the University of Newcastle in Australia are testing 2-D, bendable solar panels printed on plastic film less than 0.1 mm thick. According to Mashable, these panels are largely made of polyethylene terephthalate, the same material used to create recyclable soft drink bottles. Research team leaders feel the panels could be manufactured for less than 5% of the cost of Tesla’s Solar Roof tiles.

In other words, there’s a lot more to come in terms solar roof technology in the very near future.